Ending On A Chord Tone 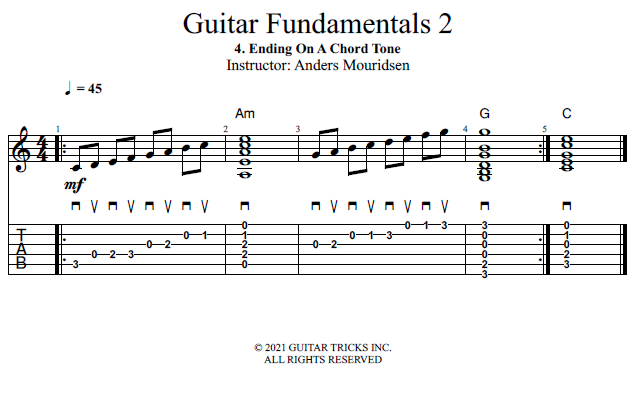 In this lesson we'll take our chord and melody combination one step further.

Before we do anything else, let's try and play our scale starting on the lowest note on the open E string and going all the way up. Same notes, but now we're playing it going up the scale instead of down.

Now let's start here in the 3rd fret of the A string and play our scale up to this note. Now you can fret the rest of the chord and strum it.

Let's try another example. Grab your G chord now. Notice the 3rd fret of the high E string is the same as the top note of our pattern and it is fretted with our ring finger, just like it is when we play the scale. Let's again start in the 3rd fret of the A string and play our way up to this note. And then strum the g chord.

Now let's try this in a simple example.