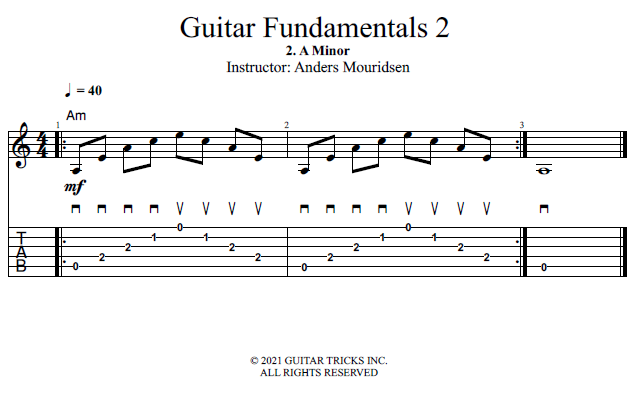 First let's check out this new concept over an old familiar chord, the A minor chord.

Let's try and slowly pick one string at a time, while you're holding down the chord. Start on the bass strings and move toward the treble strings. Then reverse the direction. It's pretty tricky at first for the picking hand, but just like you saw it with the root-chord strumming, it does not sound bad at all when you hit the wrong string.

You can do this with all downstrokes or all upstrokes. You can also try alternating between up and downstrokes. But I find that quite hard.

Personally I tend to prefer using several downstrokes in a row, then several upstrokes in a row. But there's no hard and fast rule here at first. Whatever works best for you right now is totally fine!