5 Ways to Play the Pentatonic Scale 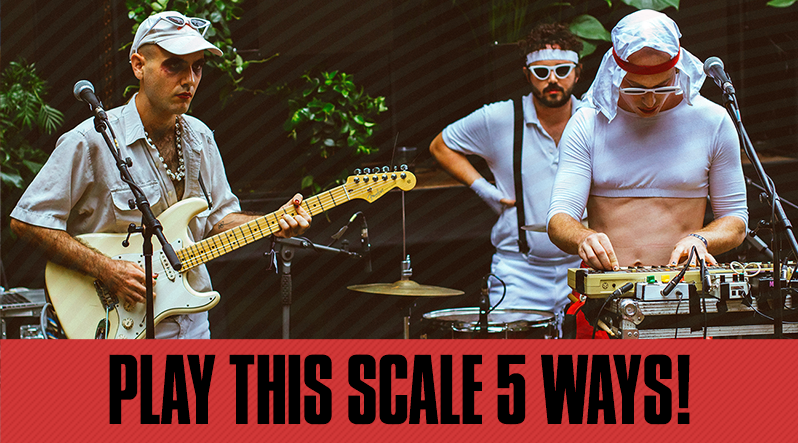 The pentatonic scale is a five-note musical scale used by guitar players to solo, improvise, create riffs and licks. It may also be the most popular guitar scale because the box pattern is movable and playable all over the neck.

There are a lot of ways to play this scale, including minor, major, or adding notes to make it sound bluesy. However you play it, you cannot go wrong. Here are 5 different ways you can play the pentatonic scale on guitar.

Remember, 1 is always the root note! Let’s take a look at the box pattern for the C minor pentatonic below.

The major pentatonic is just like the minor but instead of the two flatted notes, it’s a much simpler arrangement. Check it out below.

Check out these box patterns of a C major pentatonic scale.

The minor pentatonic, as noted above acts as the base for what guitar players call the minor blues scale. This scale uses the same pattern except there’s one difference. There’s an additional note, the b5, or the flat 5. Here’s what a minor blues scale looks like:

Here’s what a simple, A minor blues scale box pattern looks like. 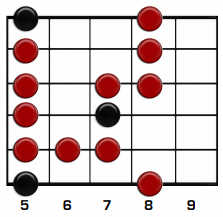 Playing the Pentatonic Scale on One String

Anders will show you how to play with a single string by using the F minor pentatonic pattern. Simply choose an open string to play on, and also keep in mind what the scale sounds like in your head. Hum along to the scale if you need. Find those sounds on the string of your choice. It may take some practice but all of the notes can be found on a single string. Check out the lesson here.