Starting off our song and played the entire time is a cool bass guitar part. We are going to learn this on guitar using a delay pedal, as well as a cool pitch shifting effect. Here are some key points to help you through it:

1. The chord progression being played is Bmi - D - A. This will be the progression throughout the entire song.

2. The notes that are played are on the D string are B, D, and C#. You'll play the lower octave on the 1 of each measure, and play the higher octave with the pitch shifter pedal on the "and" of 3.

3. The B is the root of B minor, D is the root of D major, and C# is the third of A major. This helps understand why these individual notes work over each chord being played.

4. This same progression will go on the entire song, and will only break slightly at the very end before the epic breakdown that concludes the song.

5. During the outro of the song, you will kick on a slight overdrive for this part that helps it cut through through the mix.
Open In New Window 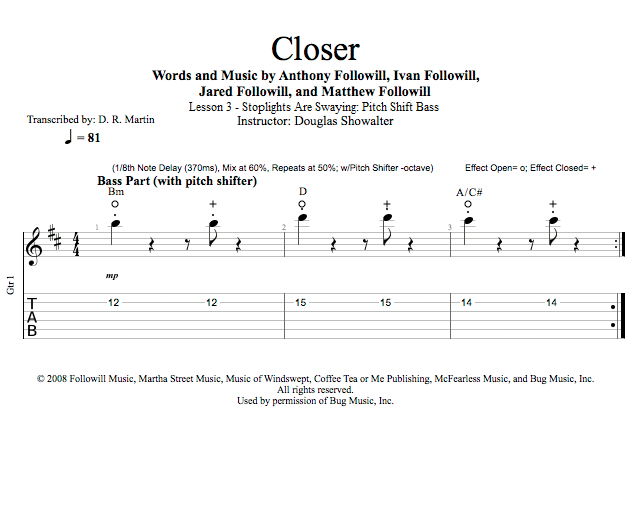