How To Play A Guitar Solo 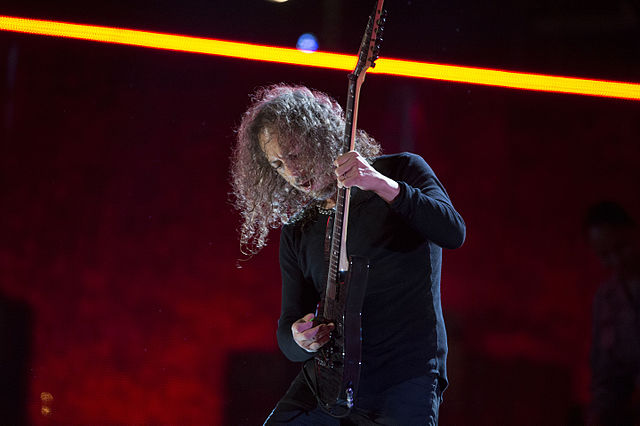 In this blog post we’ll have a look at the skills and knowledge required in order to start playing your own lead solos by improvising!

Musical improvisation is defined as the creative activity of immediate musical composition. It has been described as “the art of composing in real time.” This is true to a certain extent. But, it's also a little misleading because it makes the process sound as if you're supposed to play something perfectly structured that you’ve never played or thought of before.

Any musician that can play a good lead solo, or improvise, can only do so based on previously acquired skills and knowledge. The path guitarists, and all musicians in general, take in learning to improvise is to spend hours, days, and years playing scales, chords, and building their physical skills. Then they learn tons of licks and fills by their favorite guitarists. With all that, they experiment. They aren't intentionally composing. Rather, they are learning to build little patterns that are composed in the strict sense of the word. Those little-composed patterns will form the basis of their solos and improvisational playing.

So, improvising is a process of on-the-spot reorganizing the things you already know. It has been misrepresented as "playing stuff you never, ever played before." But that's not possible unless you've never touched the instrument before. And if that's the standard, then there aren't too many musicians that qualify!

Sure, a guitarist may have never played those licks, patterns, or notes in exactly that combination or rhythm before. But they aren't starting from zero. They have knowledge, muscle memory, and a repertoire of licks.

How do you learn to improvise?

Improvisation is a skill. And like any other skill it must be learned through a lot of thought, effort, and practice.

But there’s no time to think about all that when you're playing music! The only way to play music to have repeated all those motions enough, that when the time comes all you have to think is, “A minor scale” or “C chord to G chord” and then your brain, fingers, and those hours of practice take care of the details!

The goal is to increase the range of your thinking.

When you start playing you do have to think about every note. But you keep practicing because the goal behind practicing is to gradually increase the amount of notes or physical motions "contained" in one thought.

In order to improvise in real time, you have to build your physical skills and musical knowledge to the point where you only have to essentially think, “Playing pentatonic major over a G chord, going to D chord in 2 measures”. Or "C major scale, 3 notes per string, up in 4s ... NOW!" or “Blues lick number 2 in A, GO!” And then your brain sends the instructions to your hands and fingers, which then carry out the "orders."

Eventually, when you've practiced enough, individual notes are grouped into licks or whole passages. Your guitar playing becomes automatized. It becomes second nature! So, you aren't consciously thinking of every note at that point. You've already spent time doing that while practicing. Once your playing is automatized, your thinking process will be larger in scope. Rather than worrying about every little note and motion, your thinking is more along the lines of "What multiple-note lick am I going to do next?" or "What is the chord progression in the next section of the tune and what licks can I use to get from this current section to that next section?"

You don't stop thinking. You increase the range of your thinking.

What should you practice to learn improvising and how to play a solo?

When you first learn to solo you should focus on two things.

Point 1 means to use the notes from the scale that forms the key of the chord progression.

Point 2 means to use that scale to melodically and rhythmically emphasize the notes of each chord in the progression as it happens.

These tutorials cover these basic ideas on learning to improvise in depth:

Introduction to Improvisation For Beginners

Introduction to Improvisation in a Major Key

Introduction to Improvisation in a Minor Key

These tutorials are more advanced and in depth but in a blues style:

These tutorials are more advanced and in a Rhythm & Blues style:

These tutorials are more advanced yet and in a jazz style:

These tutorials are examples of basic soloing vocabulary used in many genres:

If you are looking for a step-by-step curriculum to work through, all three GT style courses teach these skills and knowledge. Pick your favorite style (blues, country, rock) and dive in!

Remember, learning to improvise means knowing what scale to use, how to use it to target chord tones, and having a repertoire of ready-to-use licks. With that in mind, it can help to learn solos from songs that you like! GT has hundreds of great songs in many popular genres. Look through the list for some of your favorites with great guitar solos and fills.

These threads have some backing track assignments aimed at building and improving your improvising skills.

Remember, when improvising, the general principle is to find the key of the song, then target chord tones as the chords change. Start by learning to stay in key. Use these 2 principles:

1. Use the notes from the scale that forms the key of the chord progression.

2. Target chord tones. This means to use the scale of the key you are in to melodically and rhythmically emphasize the notes of each chord as it happens.

Build your own set of skills and knowledge that you can turn into a repertoire of things you can play “on the spot.” Then you will be improvising!