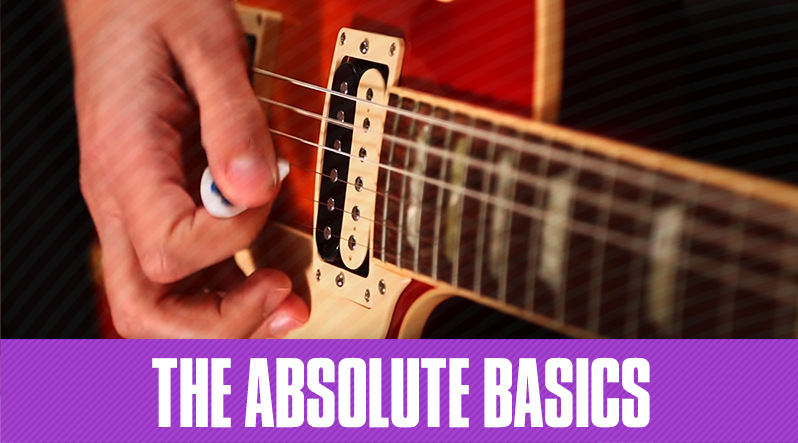 This is arguably the most common chord of all-time. This is the C major chord, or the C chord. It consists of the C, E  and G notes from the C major scale. Like, the F chord, your 2nd and 3rd fingers create a staircase-like shape. It could be tough to learn at first because your 1st finger may mute the high E string so be sure to have proper finger positioning on this one.

Just like the C major chord, the F major chord borrows a very similar shape. Instead of leaving the G string open, you’ll have to hold the 2nd fret with your 2nd finger, while your 3rd finger is on the 3rd fret of the D string. Moving between the C major and F major chord is one of the first chord switches you may learn since the 1st finger is in the same position for both chords. It's also important to note that it's not essential to play the barre in the F major open chord. 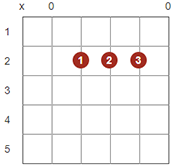 The A major chord is great because when you’re first learning how to play guitar, you may have to think about which fret to put each finger but thankfully, the entire A major chord is on the 2nd fret. Some guitar players use fingers 1, 2, and 3 on 2nd fret of the D, G and B strings but it’s also perfectly acceptable to barre all three notes with a single finger as well. 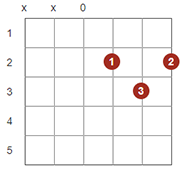 Unlike the A major or the C major chords, the D major uses a different type of chord shape. It’s easy to remember the D major chord if you think about it like a triangle. Use your first two fingers to hold down the 2nd frets of the G and the high E string and then use your middle or 3rd finger to hold down the 3rd fret of the B string. D major sounds bright and if you pick out the notes individually with a capo on the 7th fret, you can almost put together the opening bits of The Beatles classic, “Here Comes the Sun.” 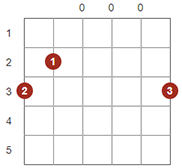 Get ready for the claw because the G chord requires your hands to make a sort of claw shape. A lot of songs use this basic guitar chord and it can be pretty difficult at first to switch from this chord to other chords because of its interesting shape. The tricky part of this chord is hitting that high E string. Most players use their 3rd finger but if you’re performing some advanced tricks, you pay end up using your pinky there as well.

The E major open chord is the just like the A minor chord shape, as you’ll see, but it’s also important to know that if you learn how to play this chord, you’re on your way to learning barre chords. The E major also uses every string, which means, the strings you’re not holding are played completely open. 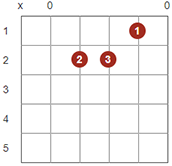 The A minor chord is just like the E major chord but moved up one string. Another way to think about this chord is that it’s like an A major chord, but you’ll simply move the the note on the B string from the 2nd fret to the 1st fret. Also, A minor sounds super sad, that’s why it’s a minor chord! 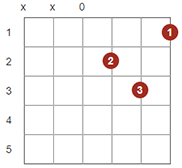 The D minor chord is very similar to the D major chord in shape, but you’ll move the note you’re playing on the high E string from the 2nd fret to the 1st fret. Be sure to not strum the 5th and 6th strings because they’re muted. If you play a D minor arpeggio, it sounds pretty cool, too! 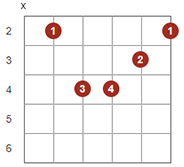 This is the only chord on this list that isn’t played completely open. Despite this, B minor is still a very common chord shape and may be your first crack at a barre chord. The B minor is played at the 2nd fret and borrows a very similar shape as the F major chord but played a string higher. See if you can play it completely barred from the 1st to the 5th string, but be sure to mute that low E string or else it will sound a little off.

Check out our huge library of chord charts here.

Watch Gary talk about some of these basic chords, and learn how to play them using a chord progression below.