Spice Up Your Blues Playing 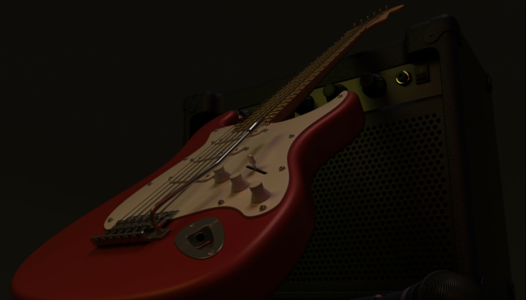 by Mathias Lang (performing musician and guitar teacher, the Netherlands)

Exclusively relying on the blues scale for blues improvisation without ever considering other notes outside the scale has two disadvantages. The first one is purely pedagogical. Since the blues scale sounds great over all three chords of a basic I-IV-V blues, beginning players might never see a reason to learn to hear where exactly in the progression they are while playing a solo. As long as they stick to the scale notes they'll be doing more or less fine anyway. The problem is that this approach will usually not lead to the most musical result. A good test is to improvise over a blues backing track, record yourself on a separate track, and listen back to your solo without the backing track. Can you recognize the blues progression in your solo, even without the chords in the background? From my experience with students, such solos often sound like random collections of blues licks without any relation to the blues chord progression. Of course, the problem is not the use of the blues scale, but the way students rely on it as a powerful tool that somehow magically makes them sound good without the need to be able to hear and play the chord changes.

The second disadvantage of not knowing how to play outside the scale is that you're simply limiting yourself musically. There are 12 notes available (not counting all those in-between pitches that are so important in the blues), so why limit yourself to using only half of them? And I'm not even talking about sounding totally jazzy and outside, but you can use many extra notes even in a simple down-to-earth blues!

So, how do you get out of the famous blues-box? There are many ways to do that, and all of them require you to know over which chord you're actually playing. One of them is to think in terms of chord scales. Another one is to mix the blues scale with the major pentatonic scale. But what I'll be focusing on here is adding chord tones to your playing. Let's take as an example a basic I-IV-V blues in the key of A, which has the chords A7, D7, and E7. The notes of the A blues scale are

[Note that you may come across different versions of the blues scale, but here I'm using a very common definition, according to which the blues scale is the minor pentatonic scale with an added flatted fifth (the note Eâ™­ in the key of A).]

Let's have a look at the chord tones of the three basic chords of a I-IV-V blues in A:

The chord tones in red are not part of the A blues scale, whereas all the others are already included in the A blues scale. So those four notes are new tone material for your improvisations. However, you need to be careful with some of them. E.g., the Câ™¯, which is fine over the A7 chord, will sound pretty dissonant over D7, because D7 has a C in it. So if you want to use the Câ™¯, make sure that you're not playing it over the D7 chord. To this I should add that any note can be played over any chord if it's used as a chromatic passing tone or neighbor tone. So when I say "don't use Câ™¯ over D7", I actually mean "don't use it as a target note", i.e. a note that is held out for longer. The note Gâ™¯ (from the E7 chord) can also be problematic. It won't sound good over A7 because of the note G in the chord. Played over D7, the Gâ™¯ is a tension (â™¯11), which is theoretically OK, but it is usually not part of the standard melodic vocabulary of a basic I-IV-V blues. Luckily, the other two notes (Fâ™¯ and B) are not so critical. They will sound good over all 3 chords because they are common chord tensions: the Fâ™¯ is the 9 of E7 and the 13 of A7; the B is the 9 of A7 and the 13 of D7, and it's pretty common to use 9 or 13 chords when playing a blues.

So try to add those four notes to your improvisations and your solos will sound more varied than before. But, as I've already mentioned, the first thing to learn - if you haven't already done so - is to always know which chord is being played, because the notes you can add depend on the current chord. So try to listen even more carefully than before to what the band is playing and try to enhance your solo by choosing some extra notes at the right time.

Students often ask me how they're supposed to find all those new notes in all keys while improvising. The trick is to remember the location of the new notes on the fretboard relative to the notes of the blues scale. To be able to do that, you always need to know where your root note is (the note A in our example). As an example, if you want to find the note B (or the equivalent of B in another key), you need to remember that it's just two frets higher than the root note. This way you'll be able to find it in all your blues scale patterns, and, by simply shifting the patterns up or down the fretboard, in all keys. The same principle works of course for all the other extra notes.

After having figured out where you can find those additional notes, you need to practice how to use them. Start with only one extra note and add it to the blues scale while playing over a backing track. Get used to its position on the fretboard and to its sound over the blues progression. Remember how it sounds over the different chords, and especially remember how wrong it can sound when played as a target note over the wrong chord (e.g., the Câ™¯ over a D7 chord, or the Gâ™¯ over the A7 chord). As soon as adding that extra note starts feeling natural, add another note, and so on until you've mastered adding all chord tones to your melodies in a musical way. As with learning anything else on your instrument, you should of course listen to the great blues players, not necessarily only to guitar players. You will learn a lot by trying to find out how they use chord tones in their playing.

After this discussion about adding extra notes to your blues improvisation, you might think that "only" using the blues scale is something for beginners or inexperienced players. That's of course not at all true! We know from the great players that the blues scale can be used in a very musical way, emphasizing and embellishing the underlying chord progression. Chord tones can simply help you develop new ideas and add new colors to your melodies. I've noticed that after having learned how to use chord tones, students generally tend to play in a more musical and "chord-oriented" way, even in situations when they choose to just use the blues scale.

As I've mentioned before, there are many ways to spice up your blues playing, but I think that using basic chord tones is a very important first step. After having mastered adding chord tones to your playing you can take things further by using more advanced concepts such as chord substitutions and diminished or altered scales. I will cover these concepts in another article.