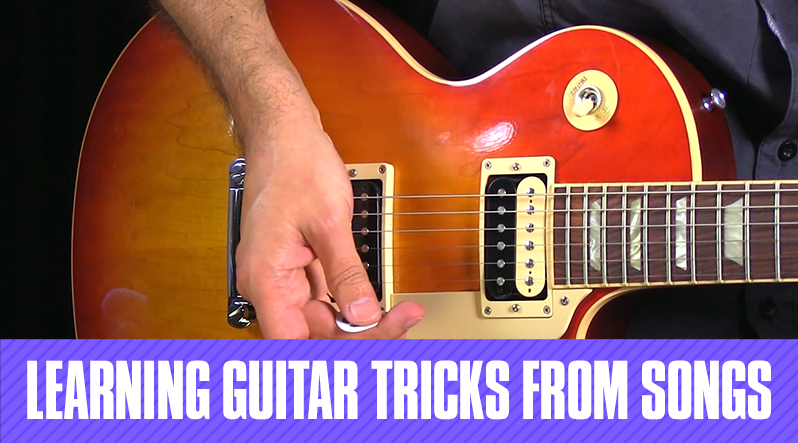 Learning techniques and going through a step by step curriculum like the Core Learning System is really great but sometimes it’s especially helpful to step out of the routine and tackle some songs. Thankfully, Guitar Tricks has tons of songs to learn from, ranging from classics like The Beatles and The Eagles, to contemporary artists like Rihanna, 30 Seconds to Mars, and Kings of Leon.

A lot of my playing comes from the things I’ve learned from listening to songs and trying over and over to nail the exact same notes. If you do this enough times, you’ll eventually find yourself fluent in a variety of techniques. Read on below to see which songs can help you nail a specific guitar skill.

This is one of the most difficult hurdles for new guitar learners to get over. I remember feeling extremely frustrated at my fingers for not being able to switch chords fast enough with a song, or fumbling over strings. One of the best ways to overcome this is to simply stick with it. Even if your fingers stumble, you have to just keep going with the song, and try your best to make those chord shapes. One of the best songs to practice chord switching, if you really want a challenge, is to tackle Whitney Houston’s “Greatest Love of All” which features just a ton of chord progressions. If you want a simpler tune, I recommend “The Night We Met” by Lord Huron.

I once saw a video of Tommy Emmanuel and thought to myself: “Holy cow, he’s playing the rhythm and lead all by himself, I want to do that!”

With this in mind, I’ve always been a big fan of guitar players that were able to carry both the rhythm and lead. When I was going through my Eric Clapton phase (every guitar player has a Clapton phase right?) I became enamored with “Crossroads” and just how crunchy and raw the guitar sounded. Clapton played it incredibly fast in the recording and his tone was pretty wild. I think about the intro riff and how he ends it with a bluesy fill before going into the verse and how awesome that is. That song definitely taught me how to fill in riffs with short, biting licks. Check out our lesson on “Crossroads” here.

Let’s stay on the Clapton train for just a little longer. Clapton played the solo for The Beatles’ “While My Guitar Gently Weeps” and as a huge Beatles fan growing up, I had to learn the guitar solo. It just so happens that when you learn this solo, and the other lead parts of this song, you’re playing the A Minor pentatonic scale. Clapton even plays the solo way up high on the fretboard, past the 12th fret, so if you study this song, you’ll naturally add a few more licks to your repertoire. Learn the how to play “While My Guitar Gently Weeps” here.

I got turned onto Dave Von Ronk from the Coen Brothers’ film, Inside Llewyn Davis, which features a number of songs from the legendary folk singer. One of those songs is “Hang Me, Oh Hang Me” which uses a lot of travis picking and it’s thankfully played slow enough so that it’s a great jumping off point for those who are just starting to learn to play without a pick. It can be a little tricky, so I suggest learning the song as slow as possible. Going slow, and putting all the picking patterns together with the fretting hand is super important when it comes to songs that require travis picking. Try it out! Learn “Hang Me, Oh Hang Me” here. 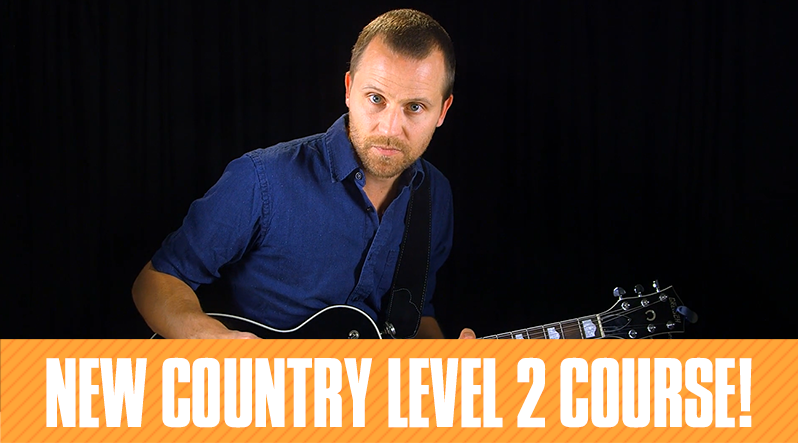 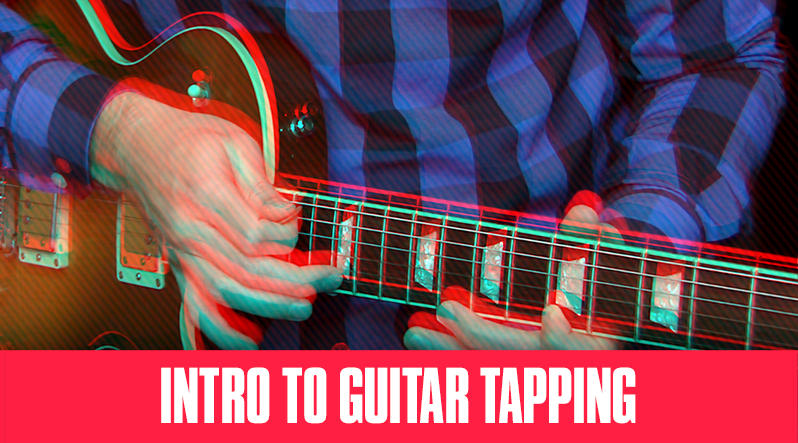