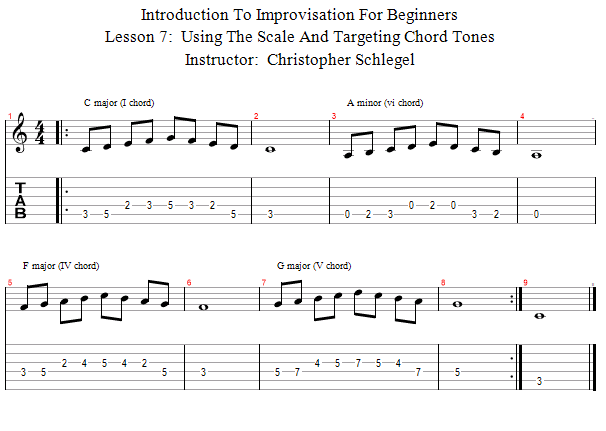 Now we're ready to put all these ideas together! We know the key or scale to use. We know the chord tones and when they happen. Now we're going to combine those two and use the scale while at the same time targeting chord tones.


The A minor chord is next, so let's start on the note A, using the C major scale notes and create the same kind of pattern (a-b-c-d-e), up and down in 1/8th notes, holding the A at the end for the next measure.


Using the same phrasing gives us an immediately convenient way to unify or integrate these two phrases. We are building a similar sound pattern, or musical phrase, just changing the notes in order to suit the chord progression. 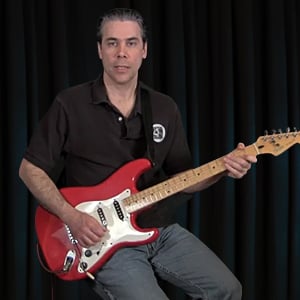