Our chorus plays a very similar chord progression, only this time you are going to play a more steady eighth note pattern with plenty of swing on the guitar. This guitar plays a key supporting in gelling everything together, and is played the same way all three times you hear the chorus. The only difference will be how the last chorus ends, which we will look at in a later lesson.

We start things off with a steady eighth note pattern moving from A5 (A and E) to A/C# (C# and A.) You will play each diad voicing twice for each beat, moving pretty quickly through the chorus. This pattern on A will be played for four bars.

For the next two bars, you will play the same motif on D. You will start with D5 (F and F#) and move between that and D/F# (F# and A.) The rhythmic motif is the same as the last chord

You will then go back to A for two bars, followed by the same motif for one bar playing E and then back to D. This is then followed by two bars of our verse guitar part over A. 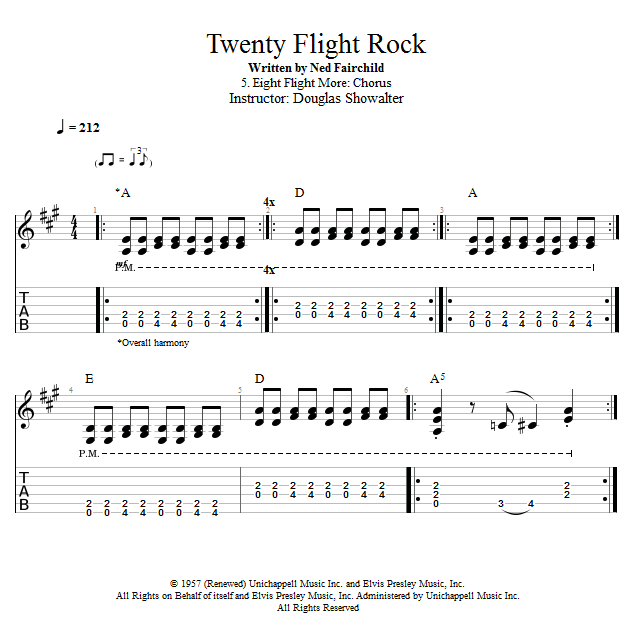