There are three verses in "Twenty Flight Rock." All three are played with the same 12 bar form, playing our I-IV-V progression with two hits; one before going to the V chord and another before entering the chorus. We are playing a really simple and cool moving line that mimics the bass along with some stabs with our chord tones.

For the first four bars, you will play the same riff on the I chord that you did during the intro four times.

For the next four bars, you will switch to the IV chord which is D. You will play the same motif, moving from an open D5 on the downbeat followed by F to F# on the D string before landing back on the D and A on beat 4. After playing this twice, this is then followed by a hard down beat on A, after which there will be a two bar break for the vocals.

To end the verse, you will play two bars of the same motif on the V chord which is E. Start on the root, and play the same slides from G to G# followed by E and B. This will be played twice, followed by another two bar break before the chorus. 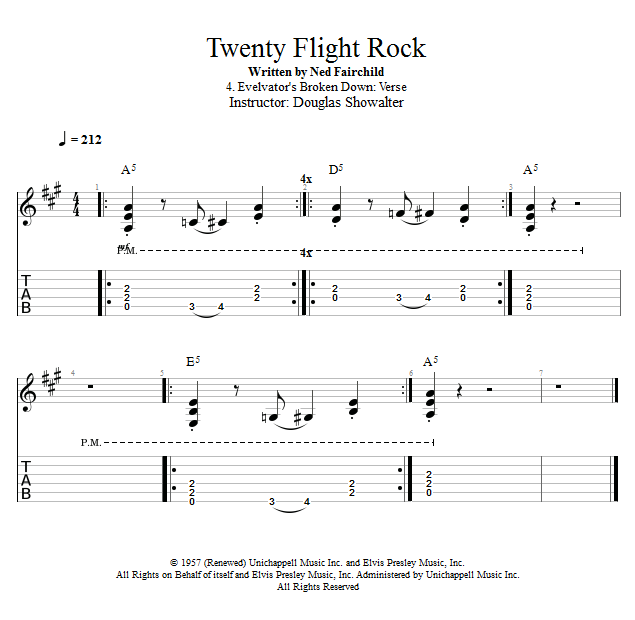