Waiting for the King: Verse 2

Now with the drums in, we have changed up the dynamic of our song and are going to play the verse chord progression a little differently to match the rhythm changes. This will also include a really cool break at the end before our chorus hits.

The chord progression for the second verse is the same as the first, only difference being that you will play a little louder and the rhythm changes slightly. The anticipation moves to the & of 3 every other chord and you will start on the downbeat of each measure.

After playing this progression seven times, you will play the last two bars by hitting F right on the downbeat for a quick break. When the next measure comes in, you will then play C starting on the & of 1 and play an eighth note rhythm with the rest of the band.

That's the change in rhythm for our second verse, and remember to bring the dynamic up to play with the rhythm section. If you're playing solo try and match that feel as well, and really work these chords and rhythms out as we will be playing this part again later in the song. 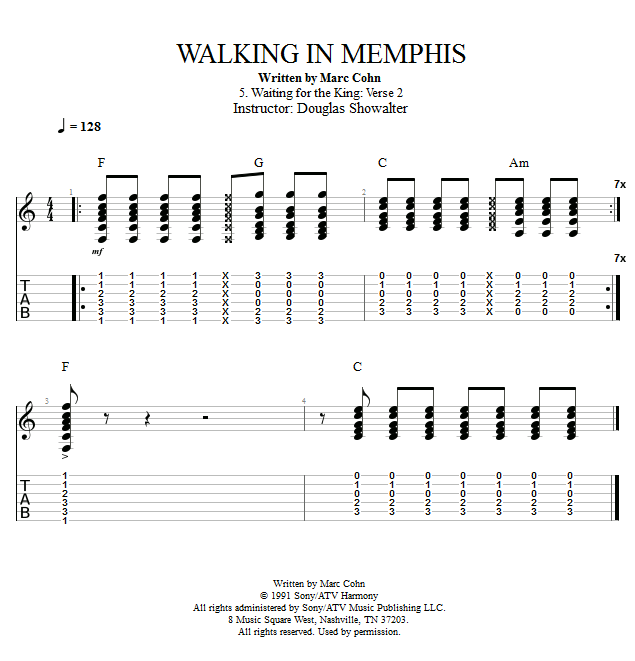