My Love Has Come Along: Intro & Outro

This soulful song begins in 4/4 time with a beautiful string intro that I will be teaching later in a bonus lesson as a blues lick.

Right now I am going to teach you the underlying chords which we will be lightly strumming using full voicings. There is a lot of chord movement, and in this lesson we will be playing the fundamental chords which include seventh chords.

The last chord of the intro and outro have a fermata, a.k.a. birds eye. This symbol means "pause." It is an instruction to indefinitely sustain a note, it is to show a halt in tempo.

The intro and outro are the same chord progression, except for the outro has two additional chords, Bb and F which are played "freely" at the end.
Open In New Window 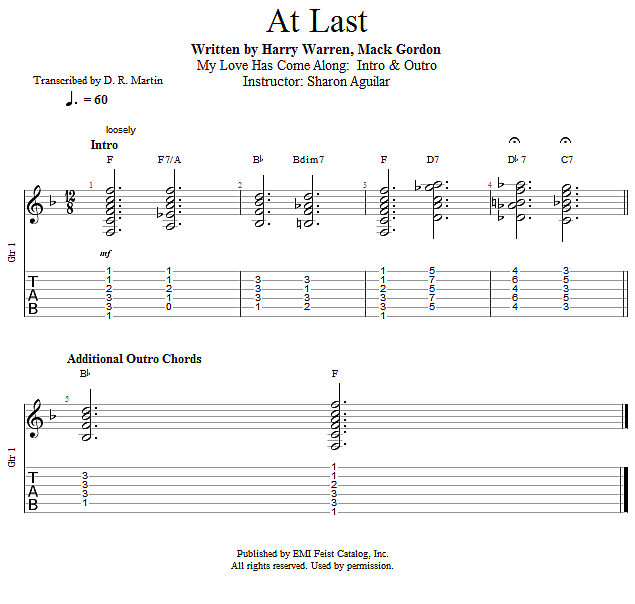