Previous LessonNext Lesson
Now we'll learn how to to play a diminished 7th chord rooted on the A string. We'll learn a typical jazz chord progression using the diminished 7th as a way to get from the I chord to the ii chord. It can be viewed as a vii dim of ii (vii dim/ii), or as an altered VI chord. 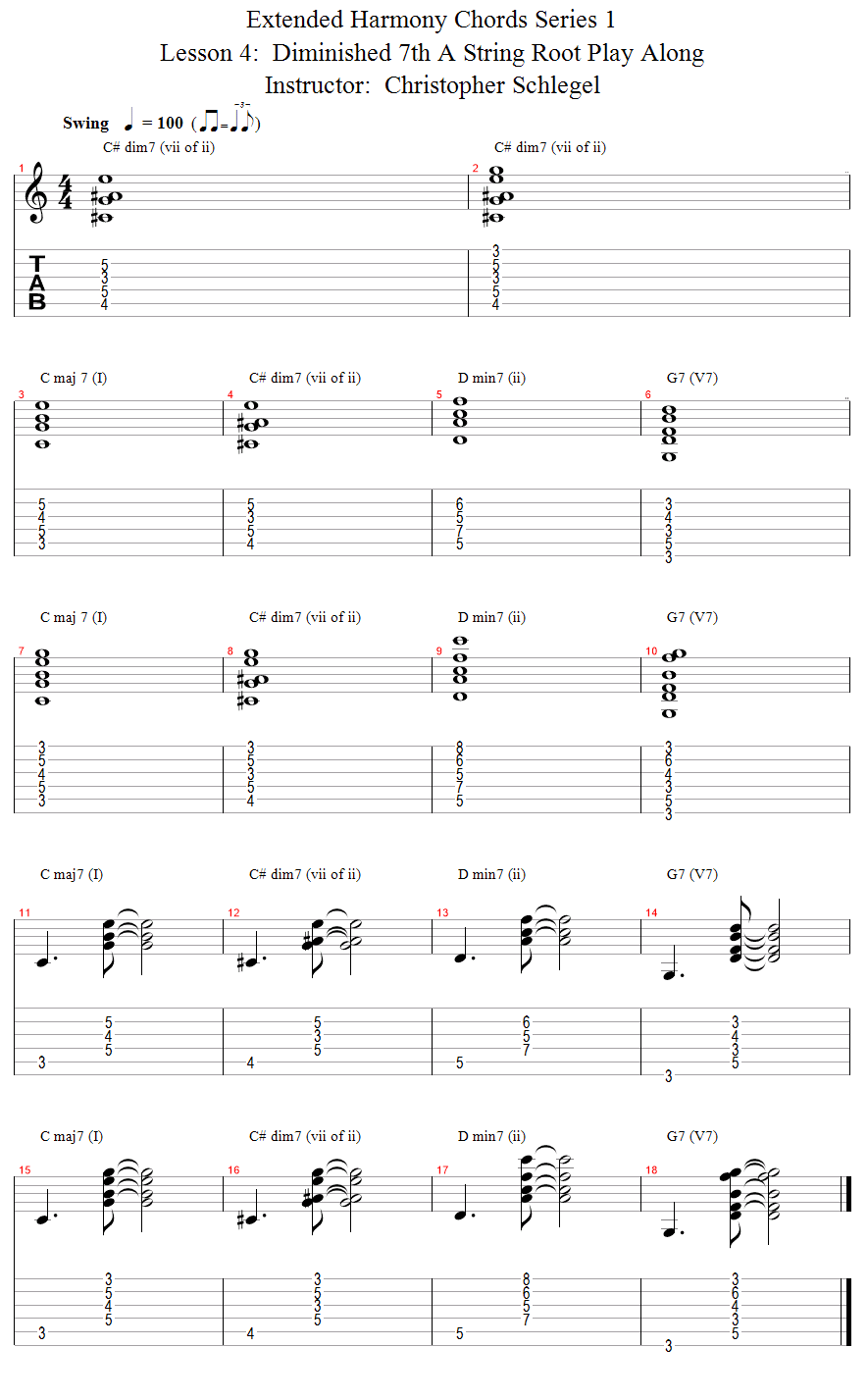