The fourth section uses the same chords as the third section, but like before reverses the order. Again, this is a common device in classical pieces. Instead of starting on the tonic chord G major (I), it starts on the dominant chord D7 (V7) and moves back to the tonic G major (I) at the end.

It also includes a neat modulation to A7 (the V of V) before heading to the D7 (v7) and G (I) at the end.
Open In New Window 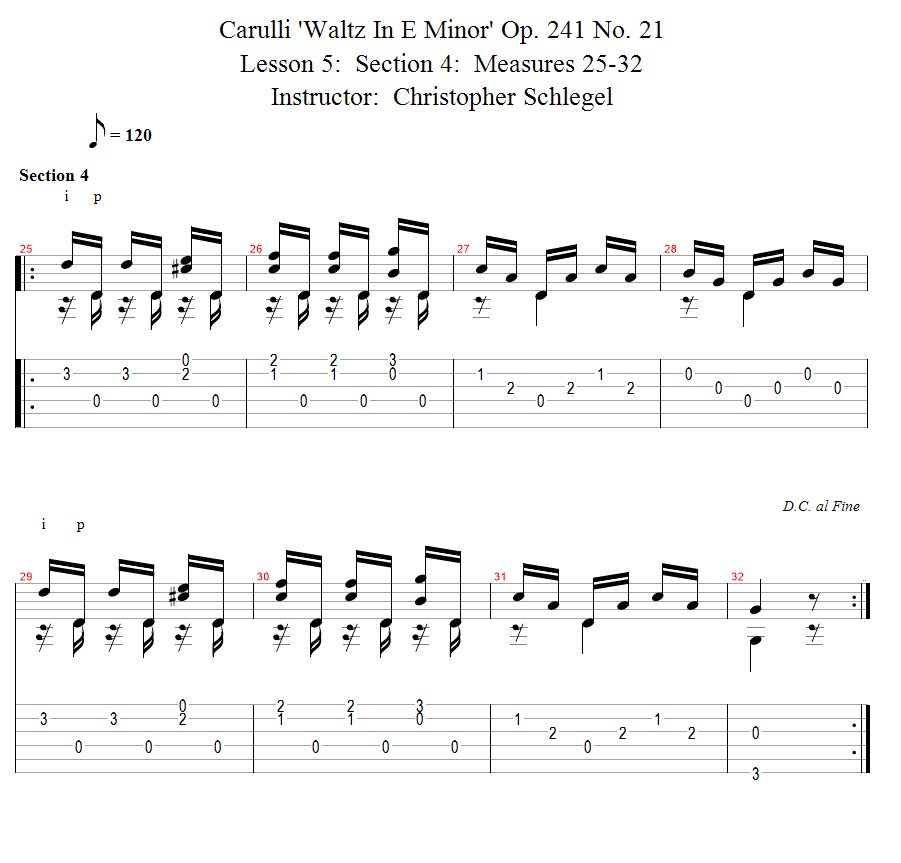