5 Famous Artists and their Famous Guitars 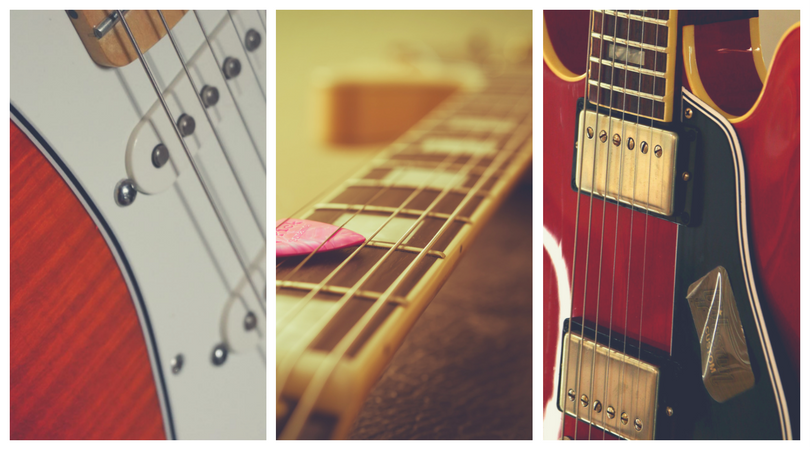 It's arguable that the instruments here were responsible for immortalizing the famous artists that played them. From dusty Strats, to custom-built axes, these are five famous guitars and their legendary stories.

And once you've familiarized yourself with these instruments, why not try and match the players to their infamous instruments in this quiz?

Before Led Zeppelin leader and guitarist Jimmy Page wrote blistering guitar solos with double necks and thundering riffs with a Les Paul, the ex-Yardbird used a Fender Telecaster dubbed “The Dragon.” According to Fender’s official website, the “Dragon Telecaster” was a 1959 Tele with Ash body that was later painted with “darts and curls of green, orange, yellow, blue and red.” The instrument’s colors swirled and blended together and resembled somewhat of a “psychedelic dragon.” Perhaps more interesting about the guitar is the fact that it was given to Page by Jeff Beck, who used it during his time with the Deltones and The Yardbirds.

Brian May, lead guitarist for Queen, almost exclusively used this guitar on all of the band’s recordings. The guitar was custom built by May and his father. According to a book dedicated to the origins of the guitar, Brian May’s Red Special, the guitarist revealed that the instrument’s neck was constructed partly from an old fireplace and the tremolo arm was taken from a bike. The spirit and ingenuity between May and his father resulted in one of the most iconic guitars of all time.

Lucille isn’t just one guitar, it’s an entire line of guitars that were black Gibson semi-hollow bodies that the blues legend, B.B. King liked to play. The most famous story about this guitar goes like this: when the guitarist had mistakenly left the guitar inside a burning dance hall, he ran back into the hall to get the instrument. Since the incident, he’s named all of his guitars Lucille. But why would someone risk getting seriously injured in a burning building for a guitar? King sings in the song, “Lucille” that “She's taken me a long way, even brought me some fame ... most of all, she's kept me alive, being able to eat ... Lucille practically saved my life two or three times.” When your instrument is your lively hood, you'd do anything to keep it.

Eric Clapton’s main guitar for several years. The story is that, Slowhand had bought five or six Fender Stratocasters and gave one each to Pete Townshend, Steve Winwood, and George Harrison. The guitarist then took the best parts of the remaining guitars and built “Blackie,” the guitar Clapton would use nearly full-time from 1970 and 1985. He wrote in his autobiography published in 2007 that he bought “six of [Stratocasters] for a song” for “no more than about a hundred dollars each.” $100 for an American-made Fender Strat, does anybody have a time machine?

Pink Floyd guitarist and front man, David Gilmour’s famous black Stratocaster is famous for being modded with a number of features. First, it wasn’t always black. The instrument was originally a sunburst color when Gilmour bought it, and then later painted black. The whammy bar was also shortened so the guitarist could pick and implement the tremolo with ease. Gilmour still plays the guitar to this day and Fender has even created a custom shop version of this famous guitar.