Learn the Pentatonic Scale with these Eric Clapton Hits 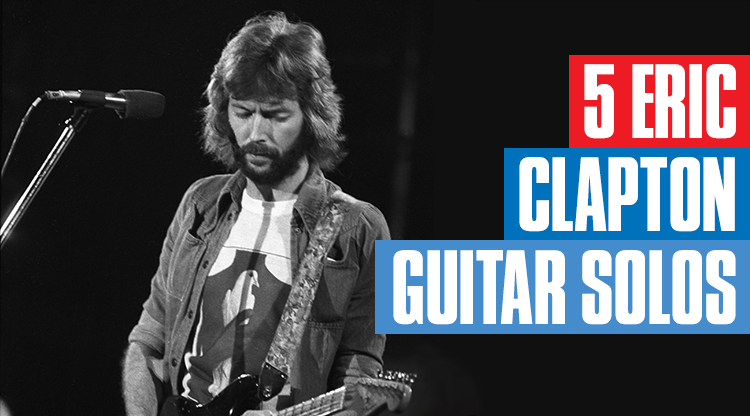 All of “Slowhand’s” signature licks and sounds come from the pentatonic, especially the minor variation. But since “God” himself played on countless records through the years, we’re only going to focus on five tracks in “Clap” history. For a more in-depth look at the guitarist, watch an entire lesson dedicated to his signature style here.

In this guitar solo from the 1965 album For Your Love, Clapton employed a start and stop style using the G minor pentatonic. The guitarist spends a lot of time switching from the G minor pentatonic in the third position to playing the same box in a higher octave up on the around the 12th and 15th fret. Amateur listeners had no clue he was playing the same thing but in different parts of the fretboard! Fool me once.

If you listen, you’ll notice that the solo starts with the higher notes, followed by a pause, then lower notes, and then another pause, and so on. This start and stop style is generally referred to as phrases, or phrasing, that is a collection or group of notes usually played in a solo. The phrases of this solo aren’t flowing together, instead, they’re separated by a couple of beats. Playing a pentatonic in this way adds a bit of tension and drama.

After ditching his buds in The Yardbirds, young Slowhand joined John Mayall’s Bluesbreakers and played more solos using the five-note wonder scale. The solo in “Telephone Blues” represents the guitarist playing classic blues rock riffs with a little bit of overdrive, but his use of bends and the ol’ “B.B. Box” is most notable here. The B.B. Box is what some refer to as B.B. King’s signature scale, a moveable little box pattern on the high E and B strings.

If you’ve ever listened to the legendary B.B. King, you’ll know that on songs like “The Thrill is Gone,” or “Ghetto Woman,” his playing is composed primarily of short, biting licks. Clapton employs this style in “Telephone Blues” and the entire solo sounds like a B.B. King joint. Clapton also plays with space, that is, there’s a lot of moments within the solo where there’s no guitar at all. He takes long pauses between phrases, again, this adds to the tension and makes the solo really dramatic. Pretty rad.

Still here? Good because that was the boring stuff! Eric Clapton’s time in Cream is arguably Clapton at his blues rock prime. He turned it up to 11, played ear-splitting solos and had a sweet afro. My God! These years were truly the cream of Clapton’s crop (sorry couldn’t help it). It was 1968 when they released “White Room” the opening track to Wheels on Fire. The track had a crazy, psychedelic rock guitar solo. Yes, the guitarist used a pentatonic here as well but what made it sound so darn cool was the wah pedal. This might be old news, but employing different types of pedals can really spice up a solo, especially if you use the same darn scale every friggin time! Get a wah pedal, go crazy.

“While My Guitar Gently Weeps” – The Beatles

Aw dang, here it is! There are a lot of notable figures in rock history fighting for the coveted “Fifth Beatle” title and E-Clap is right up there in the thick of it, mostly because his BFF was shy-guy George Harrison. This solo is particularly cool because Clapton’s guitar sounds like it's actually weeping. He did this by using a lot of bends, as well as a ton of vibrato. The bends make it a very soulful, emotional guitar solo, especially towards the end when the guitar player introduces a flurry of repeated bends around the 3:30 mark on the remastered version. Hot damn! If you ever wanted to hear Clapton's isolated guitar part, check it out here:

So “Cocaine” is probably the most traditional Clapton guitar solo. He uses a lot of short bends, runs through a ton of notes within the pentatonic box pattern, and all in all kind of just shreds. This is the fastest solo on this list and it just goes to show the versatility of a great guitar player can have. By the time “Cocaine” came out in 1977 on the pivotal solo album, Slowhand, Eric Clapton had solidified himself as one of the greats in the guitar world. For the most part, this fast and varied, yet slightly overdriven tone turned out to be the signature style the blues rock artist is known for today. Watch the legend play this classic at the Royal Albert Hall here:

Learning the pentatonic scale is important and it can be the only scale you ever learn and you’d be pretty good. Of course, if you want to be great, you can do what Eric Clapton did and play with a bit of fury, or slow it down, or throw a wah pedal into your bag of guitar tricks. Whether you borrow licks from B.B. King or your steal a riff from your buddy's band, one this is for sure: the pentatonic scale is one of the handiest guitar scales of all time. 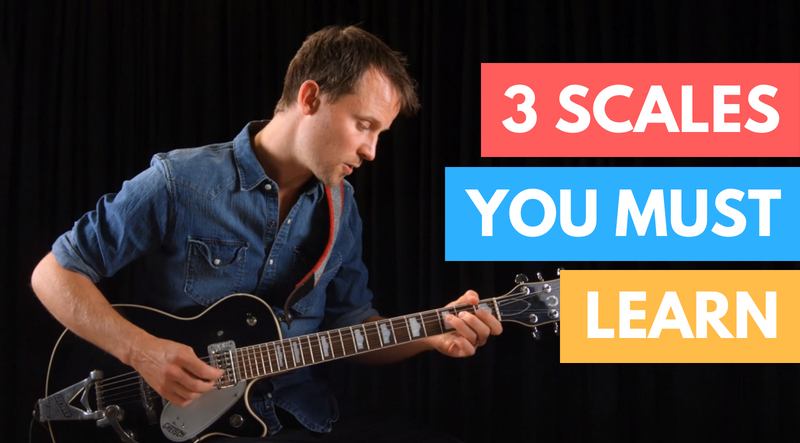