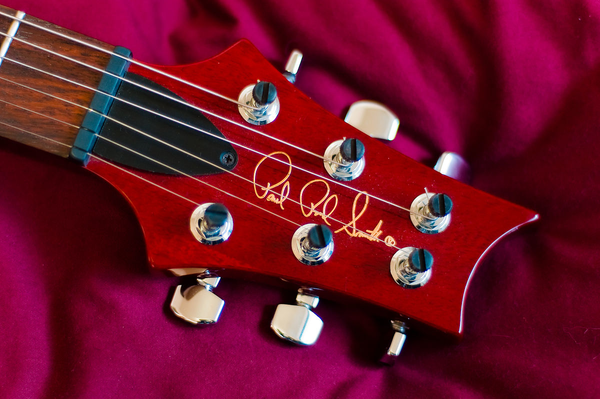 (Image by Steven Kim [CC BY 2.0 (http://creativecommons.org/licenses/by/2.0)], via Wikimedia Commons)

While options for a new guitar seem limitless, there is one company that continually pushes the envelope on design, sound, class and playability: Paul Reed Smith. In 2013, PRS created the S2 series, standing for “Stevensville 2,” which is a line of guitars made inside their Stevensville, MD workshop.

PRS recently sat down with members of Sleeping With Sirens, This Wild Life, Parmalee, Sylar and Minus The Bear to discuss what gear they use in their live rig, their favorites songs to play live, what inspires them to write new ideas, and their favorite aspects of the S2 model.

David Knudson remarked that although he recorded Minus The Bear’s Lost Loves EP entirely on his McCarty Goldtop and Custom 24, the S2 series would be essential to his live performance as a “workhorse” instrument, citing its fantastic tone and lightweight build quality. Josh McSwain of Parmalee argues that the S2 is capable of great clean tones and incredible resonance, even with a lighter body.

Learn more about the PRS S2 series through the minds of various PRS artists here.