Dsus4 and Other Suspended Chords Explained!

Suspended chords like the Dsus4 guitar chord, or an Asus2 are chords that can add some extra color or tension to an otherwise normal chord. To get a suspended chord, we replace the 3rd with a nearby scale degree, the 4th or 2nd. These chords are a lot of fun to play and usually only require the guitar player to lift or add one finger.

If you want to look at more suspended chords, check out our chord charts here.

For example, let’s take a look at the C major scale.

To create a major C chord, one must take the 1st, 3rd and 5th note from the scale. This is a C major chord: 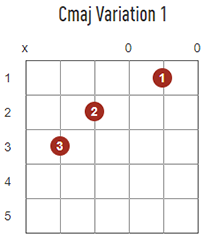 If we want to turn this into a suspended chord, we’ll have to replace the 3rd, which is the E, with the 2nd note, which is a D. So a Csus2 (the sus stands for suspended) are made up of these notes: 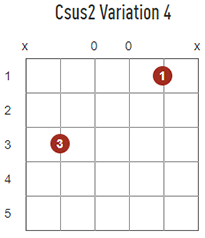 If we want to make a Csus4 chord, we’ll simply replace the middle note with the 4th, which is an F note. So a Csus4 is made up of these notes: 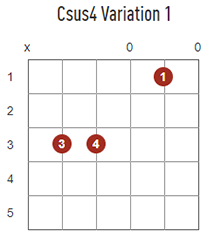 Let’s take another scale and do the same thing. The D major scale is as follows: 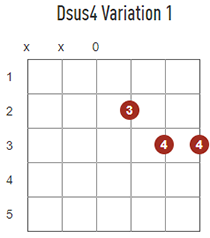 Check out all the different ways you can play a Dsus4 chord here.

Songs That Use Dsus4 and Other Sus Chords

Learn how to play "Behind Blue Eyes" by The Who. 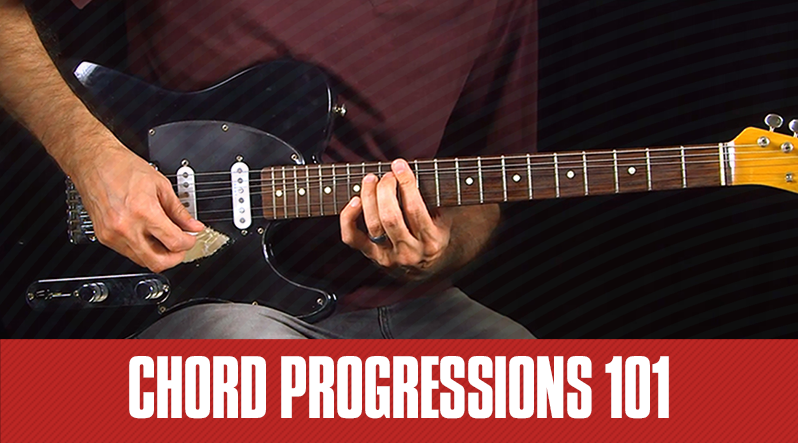