Johann Strauss (1825-1899) was an Austrian composer of classical music. His work was largely dance music and operettas. He wrote hundreds of popular dances music pieces, many of which were waltzes. His skill and success in doing this earned him the nickname "The Waltz King". He was the composer most responsible for the popularity of the waltz in Vienna during the 19th century.

In this tutorial we will learn a simple arrangement of one of his most famous waltzes 'The Blue Danube Waltz' classical guitar style. 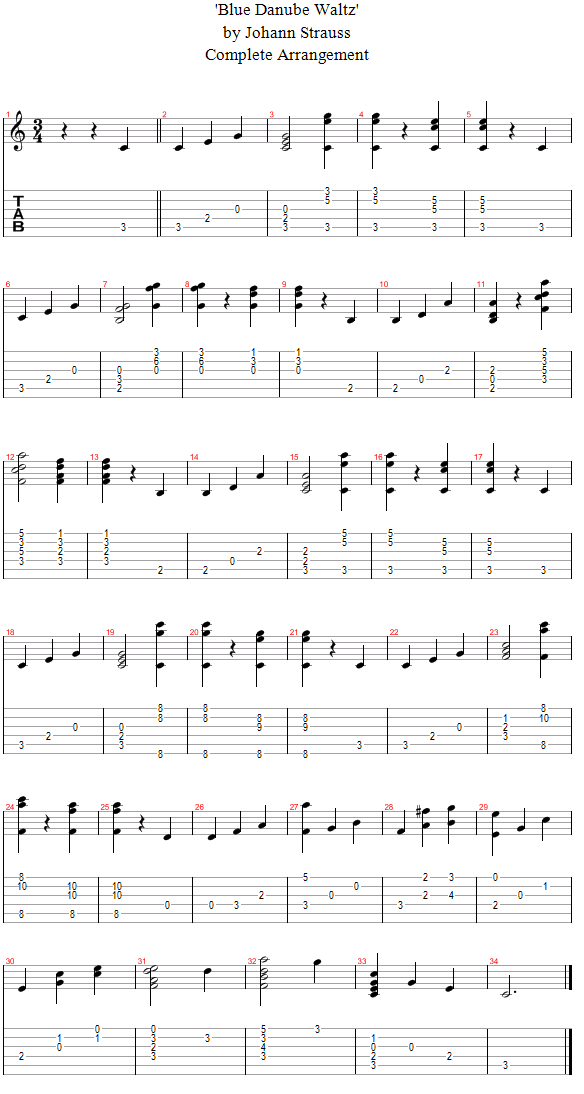