After the stops that you just learned, the groove picks up and we finish out a normal 12-bar form for what feels like a chorus section. First we'll play through this section with just the chords, and then we'll add all the great little fills in the next lesson.

After the initial I-chord with the stops, we proceed to the IV-chord, and to lead into that we'll do a walk-up. And if you watch videos of this song, you'll see people playing this 9th chord here for the IV-chord, and that's totally fine. But on this particular recording it's actually just an open D7 chord.

So after the walk-up we'll hit the open D-string, and grab our D7 voicing on the top 3 strings. Now the goal is to keep your right hand moving in constant swung 8th notes like this. But now lift off so you don't hit the strings. Now if you keep that wrist moving, you can be kind of free to hit some upstrokes and some downstrokes like this... There's no set strumming pattern to this song. Just keep that wrist moving and try to blend in with the groove!

So we'll play the IV-chord for 2 bars, and then we're back to the I-chord again. Here we'll eventually be playing a fill, but for now let's just go back to our one-finger A-chord here, and strum the same pattern for 2 bars.

Now for the V-chord, we'll use our E9 chord. Same thing, we'll keep our wrist moving in constant swung 8th notes and then take a kind of free approach to when we decide to hit the strings. As long as that wrist is moving you really can't go wrong with that approach!

After that we're into our turnaround, and for that we'll ultimately play another lick, but for now we'll just hang on A for 2 bars. 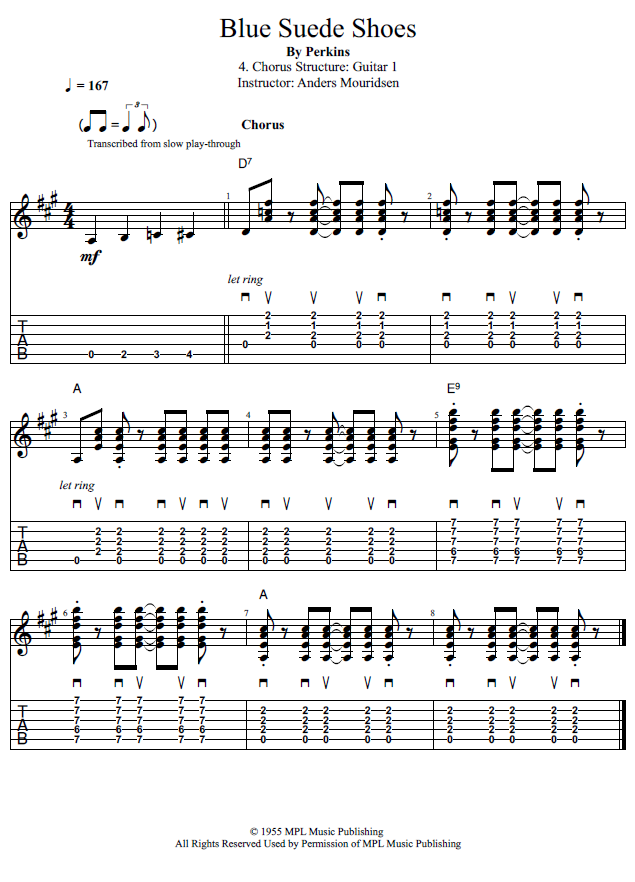