The first section is a brief introduction. This section returns later in an expanded form as the B section, a minor key chord progression. But the introduction is a shortened form as a dramatic way to start the song.

Historically this minor key section was played with a straight eighth note syncopated rhythm called a habanera, or a tango. But in this tutorial we'll take the simpler, traditional route of playing it in a triplet swing rhythm to match the other sections. 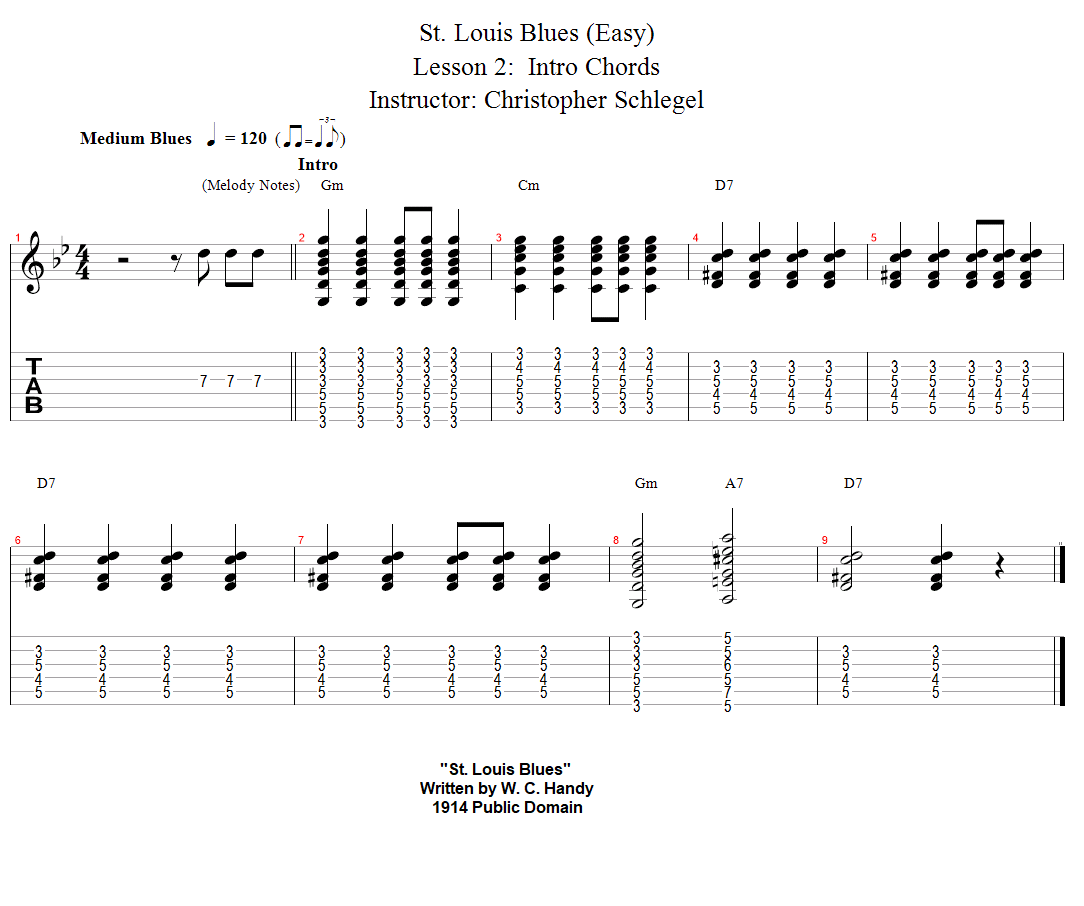