We have two verses in "Mayberry," each with the same chord progression and rhythm. We have some fun chord changes here along with a great start to the story of our song.

Each verse is 8 bars long, and is the following chord progression repeated twice each time.

You will play each chord with the same syncopation, played similarly to our intro. You will however not play the busier rhythm with the right hand, but simply emphasize the downbeat of "a" of 1, the & of 2, the "e" of 3, and the downbeat of 4. Again, it sounds more complicated than it actually is.

You will play through this chord progression twice, and it will be the same for both verses. 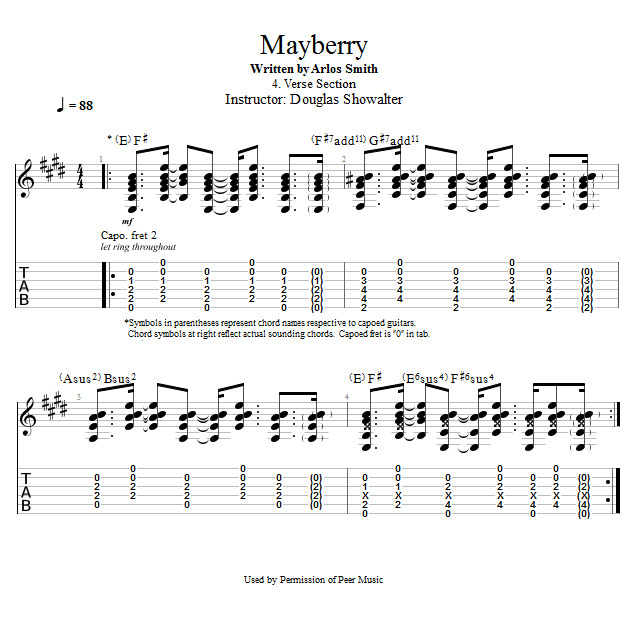