Even though the name of the chord is the same whether it is played as an open chord, or as a power chord, there is quite a difference in tone and mood between the two.

The open chords contain more strings, and a much richer sound. They also allow you to play major chords and minor chords, with a distinct difference in sound between the two.

Power chords do not qualify as strictly major or minor (more on that coming up!!), so they provide less nuance. On the other hand, they open up new styles and rhythm possibilities, as well as the convenience of the Magic L.
Open In New Window 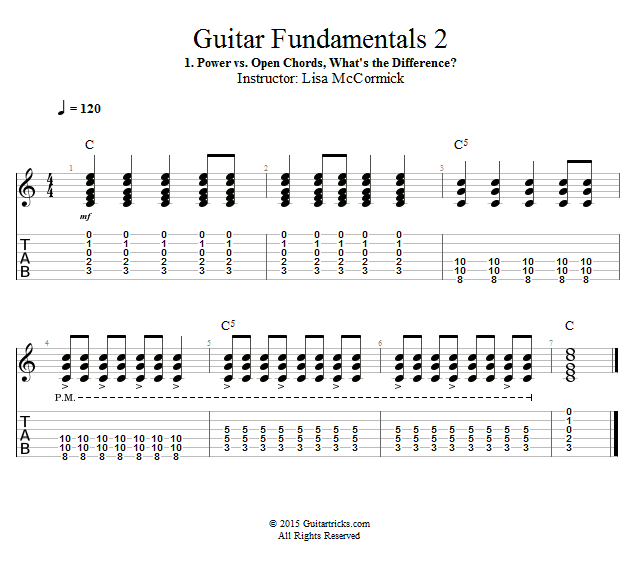