For the last round of choruses, the song has moved up a whole step to D major. With Guitar #1 strumming away on our new chords, Guitar #2 plays the same part that we learned in our last lesson but up a whole step. This helps lift the arrangement of the song up even more.

Over the D chord, we are playing a D major triad using the same eighth note pattern up a whole step. You will continue playing with a steady eighth note pulse playing arpeggios, this time playing D(add2)/F# over the remaining three chords. The notes low to high are A, D, and E.

After playing through the four bar progression eight times, the song will end the same way as the other choruses only you will play D twice instead of C. 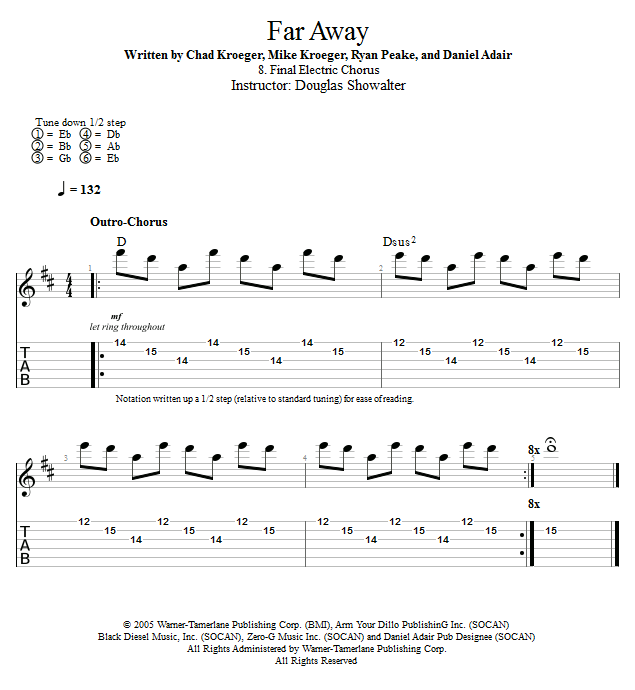