Now we are ready for the chorus of our song. We will play the same chords as our verse, only this time we will be switching up the feel of the song by adding some strumming to the mix, as well as the voicings of the chords.

The chords and rhythm are the same for each chorus, but each will end slightly differently. I will cover all those variations in the break down. The chord progression for our chorus is C - G5 - Ami - Fmaj7. Each are played for one bar, and feature the same strumming pattern.

For the first chorus, you will play through this progression four times. The last time through, the band will break down and all hit the Fmaj7 together. You will hold that chord for three measures before kicking into the interlude that follows.

For the second chorus, you will play the progression another four times and will do the same hit with the band the same way on Fmaj7. However, instead of holding for three measures like we did in the first chorus we will only hold it for two before the bridge kicks in with our main motif. 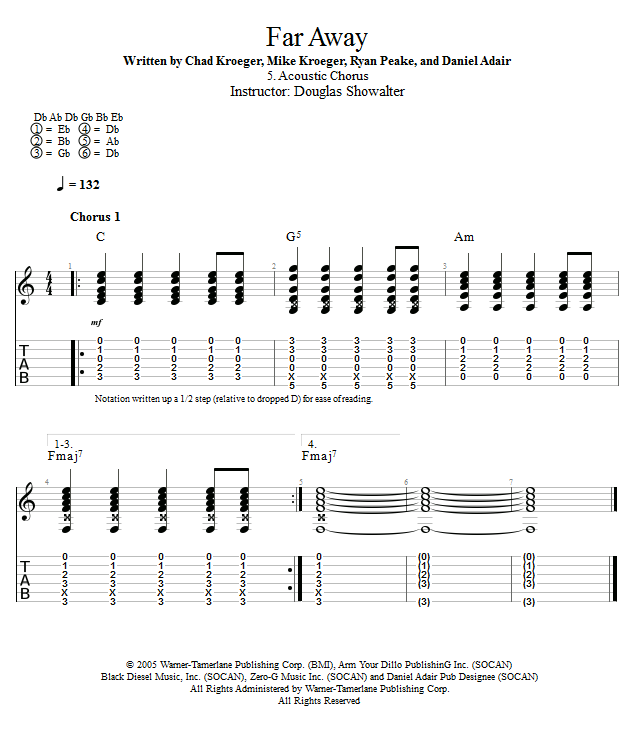