I Saw You Comin': Intro

First we are going to learn how to play the intro to our song, which starts out with a cool open string lick then moves into playing some open chords. Here are some key points to help you through it:

1. The first four bars of the intro are played using an open string lick using the open A and D strings.

2. The D and A chords are played on the downbeats of beats 3 and 4 with the rest of the band the first two times, then the third time you will play the D on the & of 2.

3. After the third time, you will stay on the E chord for two measures, and then you will end the intro playing our intro lick for two bars.

4. The entire song is played with a slight swing feel that is played loose and open. It's not completely swung but has a "country swing", where the swing isn't quite exact and at times resembles dotted eighth notes followed by sixteenth notes. What matters is that you match the feel of the rhythm section, and vibe of the song. Think intentionally sloppy!
Open In New Window 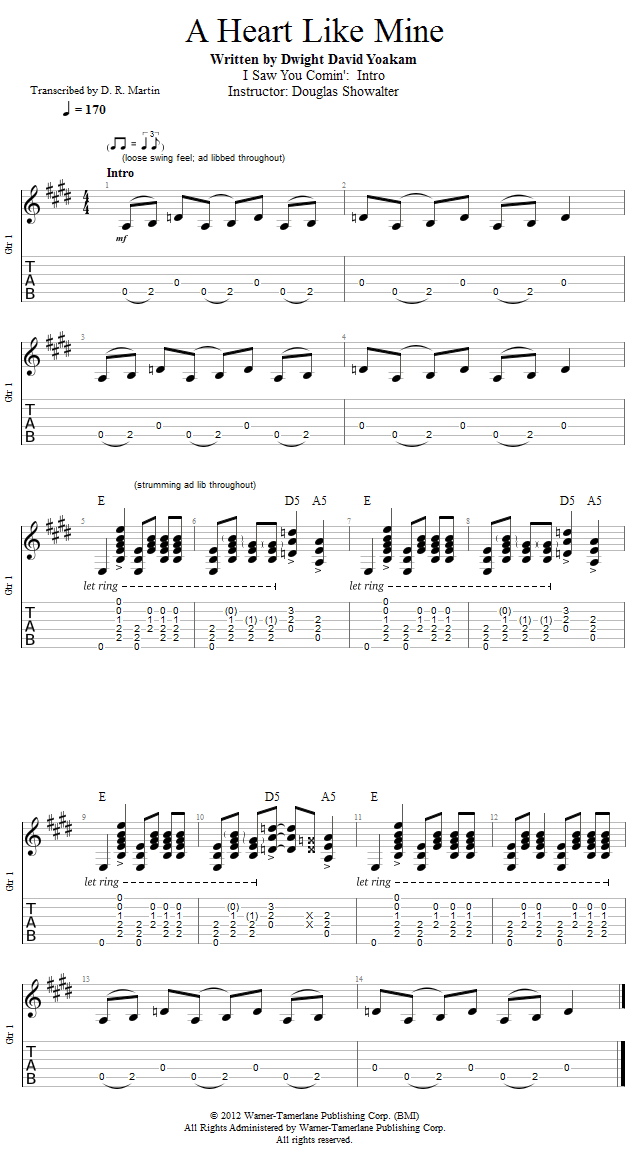