OK, now we're on to the chorus of the song. The chorus is also normally the big "hook" of a song, the section of a song that the other sections build up to.

Sometimes in songs the composer will break from the usual 4, 8, or 16 bar phrases in order to accomodate the vocal phrasing, or an additional guitar fill or motif, or whatever - maybe they just want to, it's their song! In this section of the song, they add 2 more bars of G at the end, so be sure to remember that or you'll be off for the rest of the song.
Open In New Window 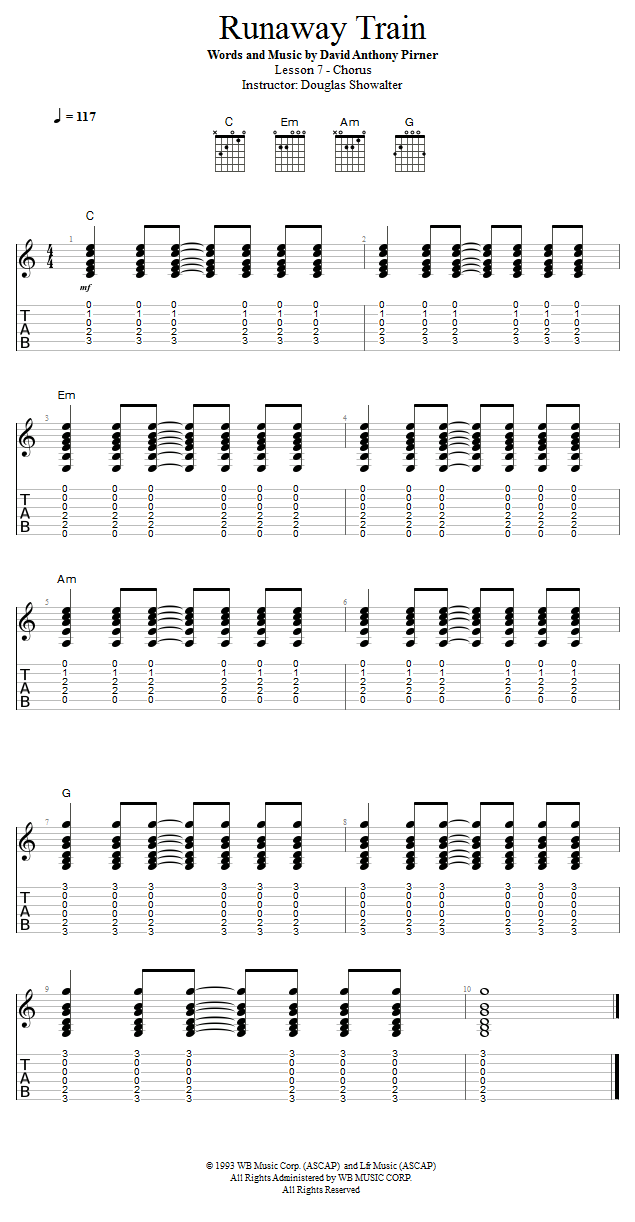 Are you an advanced player?
Click here for our Full version of Runaway Train