Guitar one for the verse uses harmonics, mostly at the 7th fret. There are some variations of the harmonics being played in a manner which leads me to believe that is was some what improvised. You can stick to the most commonly used pattern and occasionally throw one of the others in to add some variety.

This is followed by double stops that move down that E natural minor scale and then land on an F (add 9, add #11) which resolves to an F triad.
Open In New Window 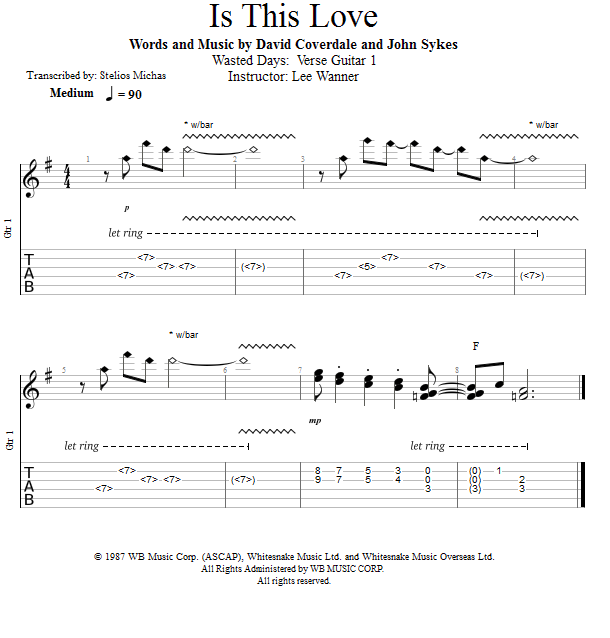