I'm So Lonesome I Could Cry

If this song has been called on a gig then there's a good chance that the singer or band leader will look around at you after any of the verses and utter the words that have spooked many young guitar players: "Pick it, Son". This means play a solo, play it now, and play it well.

Traditional country has some hard and fast rules for soloing that always pay off big. The first rule is base your solo on the melody of the song. The other rules are "remember rule #1".

We will learn a solo for this song as a bonus since there's no guitar solo in the recorded version. Remember to base your solo on the melody and to pull that melody from the chords of the form. If you know the form, you can improvise a solo using those chord tones at any time. 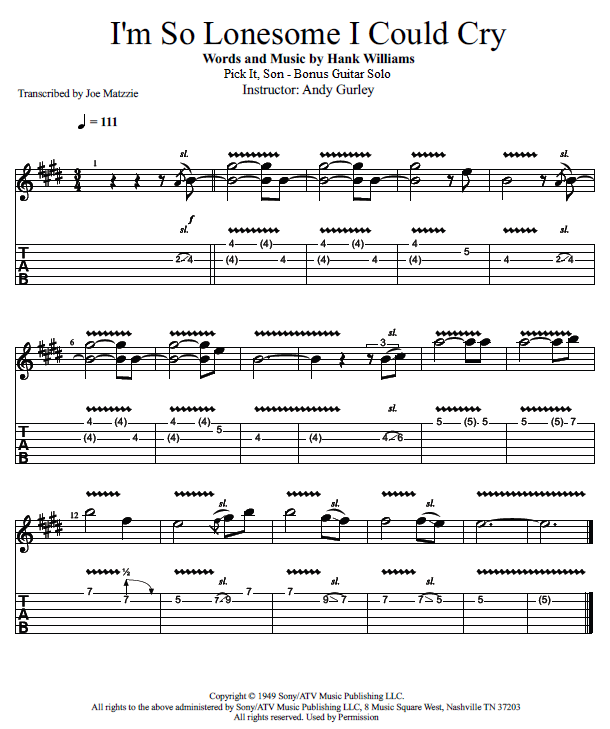 I'm So Lonesome I Could Cry