So Lonely I Could Die: V Chord & Turnaround

So the V chord is B7, and is played with triads only starting on the second fret of the A string.

You're gonna hit this B on every downbeat of the bar.

The turnaround lick is very useful for any blues progression.

Start by hammering on from open to the first fret on the G string, then play the open E string, then you simply fret the D note on the third fret of the B string and then open E once again. 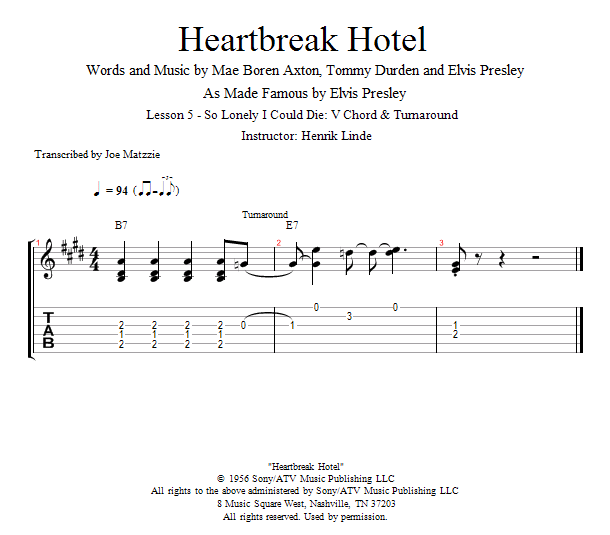