Now you know what notes you can use to improvise. The next step is, "What do you do with them?"

You can play scale notes linearly (a, b, c, d, e, ...) or in leaps (a, c, e, ...). You can play them in 1/4 notes or 1/8th notes, or a combination of any rhythm you can think of. However, the first best rule of thumb is to target chord tones. This means to be aware of what chord is happening at any given time during the progression in order to target or approach playing over that chord with individual notes of that particular chord. 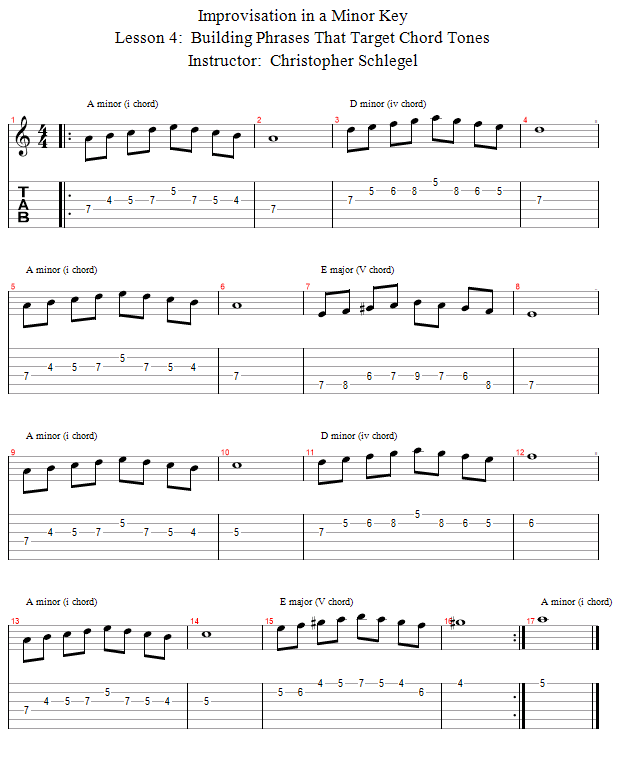