This time let's look closer at how we can use the pentatonic fretboard patterns to play other modes. Because modes are derived from the diatonic major scale, we can also use pentatonic patterns as visual aids in seeing them easier on the fretboard.

Note that there are 3 "major sounding" modes - primarily because they have a major 3rd scale degree. 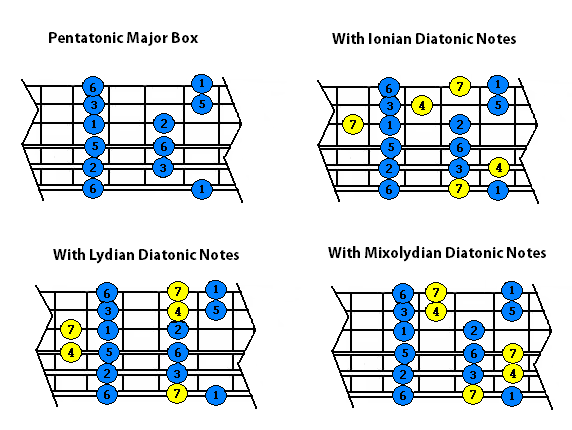