A turnaround is a little melody that effectively "sums up" everything that the music has done so far, but in a shorter time. Basically starting at the I chord and quickly moving through the IV & V chord. Doing this makes a turnaround a very effective way to end a chord progression or blues chorus or verse pattern and then either start over or end the song.

This one uses a fingering shape that looks like a D7 chord. But since it starts 2 frets higher it is an E7 shape. The entire shape gets moved down one fret at a time. This makes a very harmonically rich sound that you've probably heard it before in many blues tunes. After moving the shape down through 3 positions we play an E chord with the top three strings (G, B, & E) at first sounding an E minor chord, but windup with an E major chord due to hammering on the 1st fret of the G string making it a G-sharp. Then down to the bass notes A, A-sharp, & B followed quickly by a B7 chord. This is what I mean by quickly "summing up" the entire chord progression E (I) - A (IV) - B (V).

You can also pick the notes out individually, rhythmically separated in time, instead of play them as blocked chords like we did last time. This is called arpeggiation. This gives us a nice variation to add to our list of skills and it's something that you've likely heard in a lot of classic blues songs! 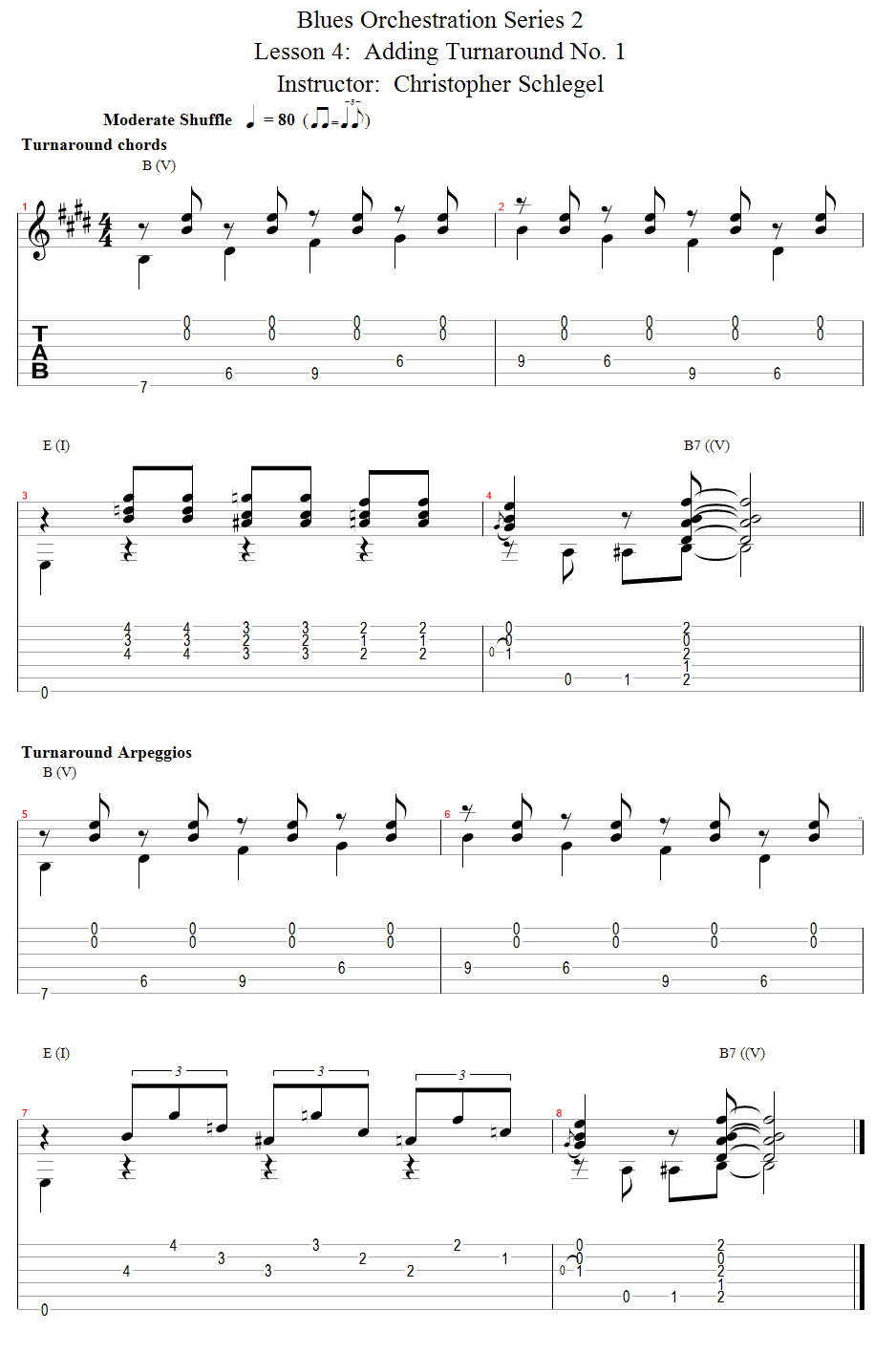