I am trying to learn the Ballad of Curtis Loew. I am currently working on the verse for guitar 1. At the 4th (I think) bar you are playing the D octave notes with 5th fret A string and 7th fret G string. I have arrows pointing to that on the attached sheet music. My question is are you playing it that way because:

1) That's the way the guys in Lynyrd Skynyrd played it?

2) And/or because you can get more staccato sound playing it with fretted notes?

And the follow up question then is: Could a chubby, old, retired guy in Omaha play it instead with Open D string and 3rd fret B string? 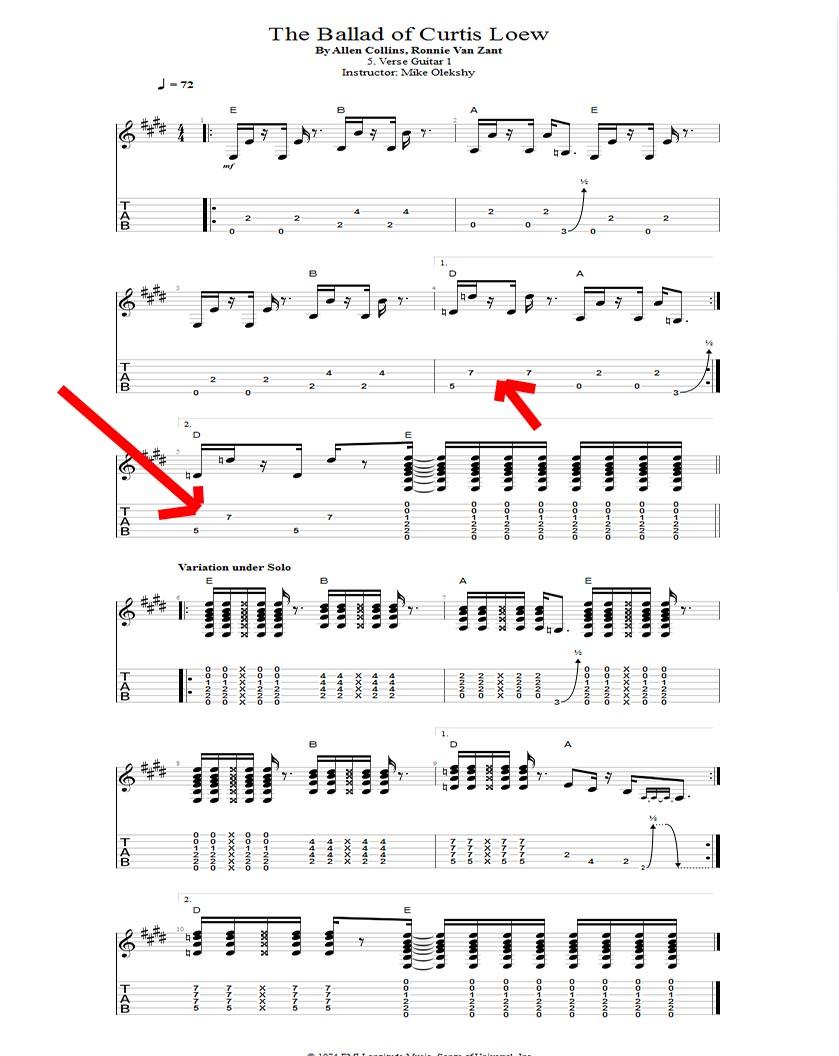 Hey there! Great question - I'm not 100% on where on the fretboard Skynyrd played it, but the beauty of the guitar is that sometimes you can find other positions to play the exact same notes. So, playing those D octaves in open position is absolutely fine in this situation.

There are other situations where it might not make sense to do that (eg. if the part called to slide up or down from those octaves), but in this case, go for it!!