In this tutorial, weâ€™re going to study the guitar tone & playing style of the legendary rock guitarist Joe Perry. Perryâ€™s playing was influenced by early 60â€™s rock bands & blues-rock players. Using those influences Perry forged a unique blend of down & dirty bluesy rockinâ€™ swagger. His style was a key component of the unique, instantly identifiable sound of Aerosmith. Perryâ€™s playing was a great combination of powerful, but always grooving rhythm playing, electrifying lead lines that were informed by early 50â€™s rockers up through his own 60â€™s guitar heroes & blazed a path of his own to the future of rock guitar!

Today we're going to study Perryâ€™s playing style by breaking it down into several key factors, learn what makes it special and then learn to play some licks in his style! 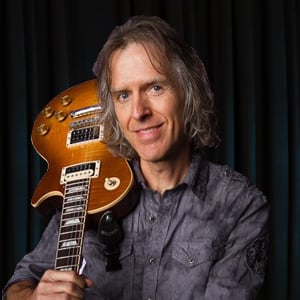