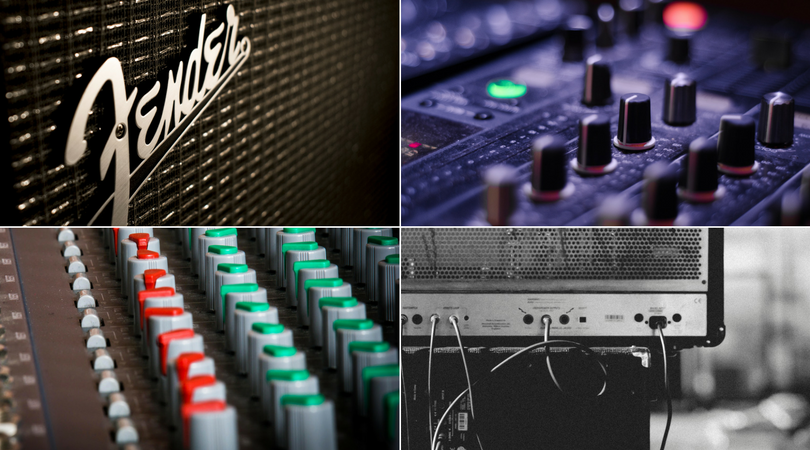 Have you ever wanted to play sweet slow jams in your bedroom without disturbing the rest of the house? Or maybe you just want a portable traveling amp so that the next time you go camping, you can impress everyone and finally show Mark, and his stupid hair, who’s really from the school of rock! These are some of the best small amps for practice and travel!

The Katana Mini isn’t out until the end of August this year but early impressions have been extremely positive. With a killer sound and priced at $99 USD, it’s safe to say the Katana Mini is a boss (sorry couldn’t help it). It’s about the size of a shoebox, but it’s got the tone of a much bigger amplifier. Honestly, it should really be called the Boss Dagger or something but whatever, it’s fine, I guess. Most small amps like these are usually stripped of any effects simply due to size, but Boss doesn’t miss a beat and throws in a headphone jack for practice without disturbing your roommates, as well as a programmable delay, de-lay. Dee. Lay. Pro tip: setting the delay to its lowest point emulates the sound of reverb. Check out Rob Chapman’s demo review here:

Orange’s Tiny Terror is pretty small but if you want something even smaller, look no further than the Orange Micro Terror. It’s probably the smallest amp head ever; it sports a 12AX7 preamp tube for the warm tubey sound of the good ol’ days, plus it’s cute and orange and sports all the basic knobs for tone, gain, and volume. There’s no bass or treble here.

Yes, Batman, it does come in black. Orange makes a Micro Dark version for you emotional types who want a heavier sound for head banging riffs, devil worshipping and playing the essential Deathcab for Cutie covers. Which is totally cool, no judgment here. There aren’t any effects built into either of the Micro Terrors but that’s sensible for the size and price. You can get the Micro Terror alone or bundle it with Orange’s 8-inch speaker cab, or use your own. The head and the cab sell for $249 but you can probably find them used for a little cheaper. Check out some of the sounds below:

It’s a little cube! With killer tone! If you’ve read this far, you’re probably not surprised! Why are there so many exclamation points?! Because this little amp is exciting! The Cube GX is a 10-watt amp with an 8-inch speaker, but unlike the previous mini amps on this list, it has access to chorus, delay, and reverb. For the high-tech guitarists out there, Roland has a companion app called CUBE KIT which allows the user to use custom amp presets for even more versatility. If you want an even smaller amp, the Micro Cube from Roland is also a pretty sweet deal. Listen to the crunchy Cube-10GX here:

Fender’s Mustang line of amps are pretty great modeling amps. With their new 2017 models, the maker of the greatest guitar of all-time (sorry Les) has gone all-in with the latest technologies. Not only does this amp have Bluetooth, a headphone jack, but it has what Fender’s calling the Tone App. Using the power of your smartphone, users can dial in the exact sound they want, or choose from literally 100’s of presets. All of the presets are customizable, and users can even create and share presets, creating an infinite number of tones and amp settings. And when you’ve dialed in the perfect sound, you can even use the amp like a Bluetooth speaker so you can finally jam along to your favorite Kidz Bop album (don’t judge me). This model is the smallest of these new Mustang GT amps, making it a great practice amp for the bedroom or around the house. Listen to the Mustang GT40 against the Roland Micro Cube here: