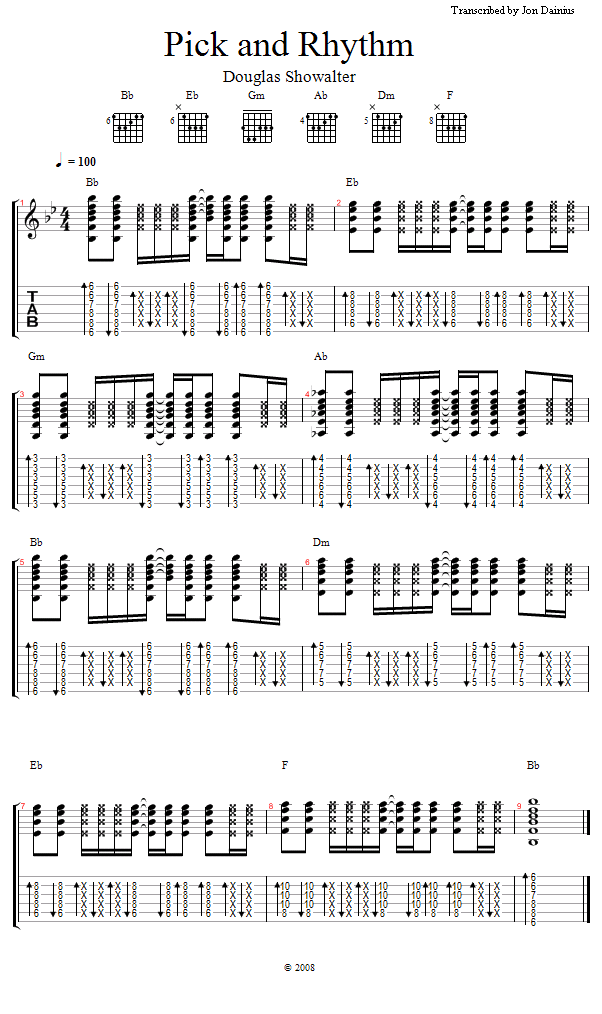 Jack Johnson's ability to bring a simple chord progression to life has always proven to be the staple of his success. That accompanied with a solid rhythm guitar strumming pattern can take any song to a great melodic place.

This example demonstrates a chord progression that has subtle changes but essentially stays true to it's simple nature of suiting the song. Played in Bb, the progression utilizes chords in the key, with an added Ab, while accompanying with a strong picking pattern.

This in turn allows for an 8 bar progression that simply doesn't repeat, but changes slightly to have it stand out more as a chorus to a song. This up-tempo example works to showcase once again Jack Johnson's strength in simplicity.

A similar technique can be heard in Jack Johnson's song, "Flake." 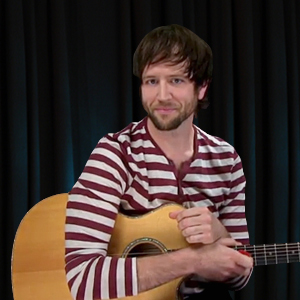