In this lesson we'll learn to add the IV & V chords for a complete 12 bar blues chord progression in E major.


In this tutorial we'll just keep playing the open E & B strings even though they aren't part of the A & B chords. It sounds fine for blues to use this type of approach! 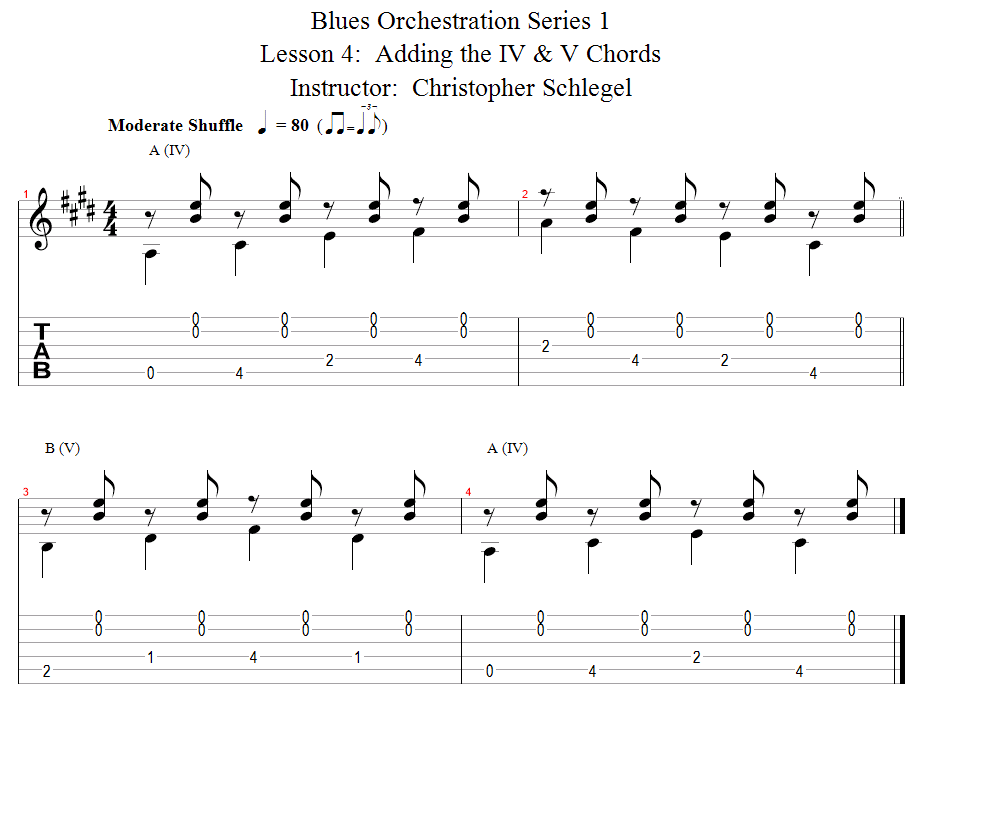