The song starts with the main chord progression played on piano. We’ve adapted it for guitar. It's the same progression through most of the song: C, E minor 7, F major 7.

We'll use a steady 8th note relaxed strum for most of the song, with the exception of the intro, which as single strums. It's also important to follow the dynamics of the band. Even though we're using the same chords we'll change the dynamics!
Open In New Window 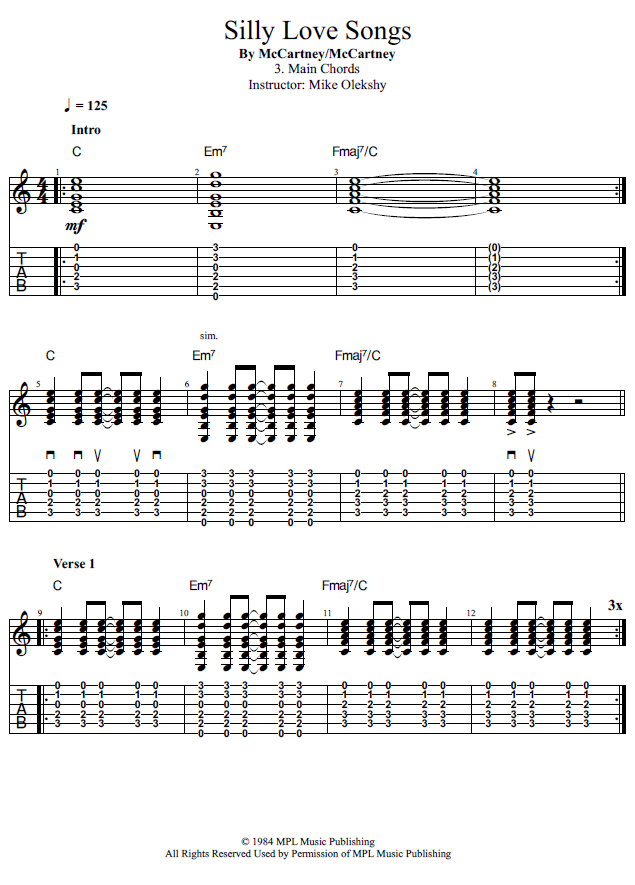