Even though it's not a secondary dominant, I'm going to show you one last chord function that occurs all the time in many different styles of music. This is called the IV of IV, and I'm sure you can already guess how it works.

We know that the one a half step above it is a B-note, so down a half step from that it would be a Bb. So Bb is the IV-chord of F and in the key of C, F is our IV-chord, and Bb is the IV of IV.

This is written in roman numerals as the number 7 with a flat symbol in front of it, because remember how the 7th scale degree is down a half step from the root note? Now we're down another half step from that, so we've added the flat symbol. But the IV of IV rolls off the tongue much better.

Now let's hear this with a simple backing track. Remember that since this is easy stuff, it's important you direct all your attention towards the function of this brand new IV of IV-chord.
Open In New Window 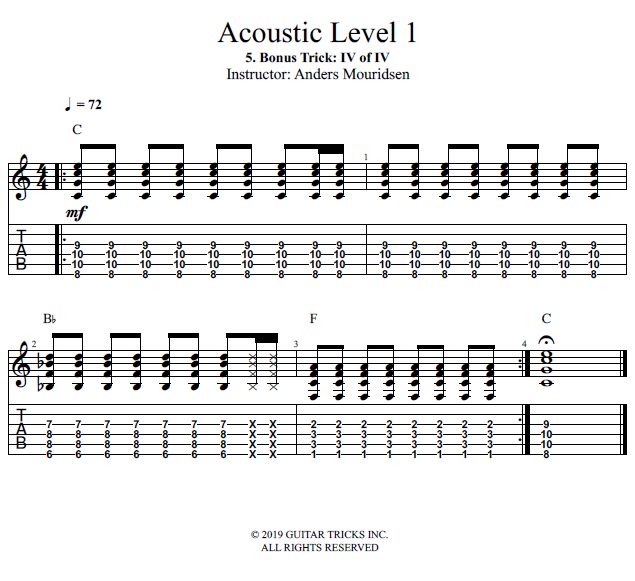