In this lesson we'll explore how to use what's called a “secondary dominant” to lead in to our VI minor chord.

We're staying in the key of C for now, so C is our I-chord, and now we'll re-enlist our relative minor. Remember how you found that? You do it by isolating the root note of your major chord and then count down 3 half steps. That's the open A-string, so that means A minor is our relative minor to the I-chord, which is called the “VI- minor” because A is the 6th scale degree if you count your way up the major scale.

So now we want to borrow a dominant chord that can help us “set up” and build tension towards this A minor chord. So we need to figure what the V-chord of A is. Don't worry about the fact that it's minor, because the 5 is the same in major and minor, so we can still just count our way up the major scale... 1 2 3 4 5. It's the note E!

So that means we'll throw in an E major chord or even better and E7 chord to lead to our A minor chord. This secondary dominant would be called a “III major”, because it's root note, E, is the 3rd scale degree in the key of C.

Now let's hear this with a simple backing track. Remember that since this is easy stuff, it's important you direct all your attention towards the function of this secondary dominant.
Open In New Window 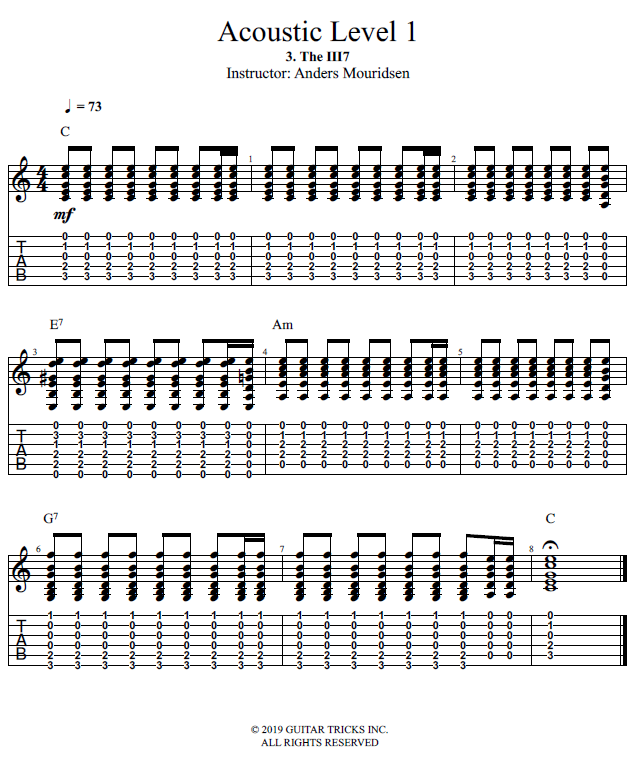