The Chords We Love and Hate

In this lesson we'll explore the much feared F major chord. Later on we'll look for some ways around this problematic chord, but for now we're going to tackle it as if it's the only way.

Now let's try that out with the metronome. I'll do 4 bars, where I only play the chord on beat 1. Then I'll do 4 bars where I play it on beat 3 as well, and then 4 bars where I let it ring until beat 3. Finally I'll let the chord ring for the full bar, and leave a bar of space in between. But remember that this is one of those exercises you really need to customize on your own. This is just a demonstration! 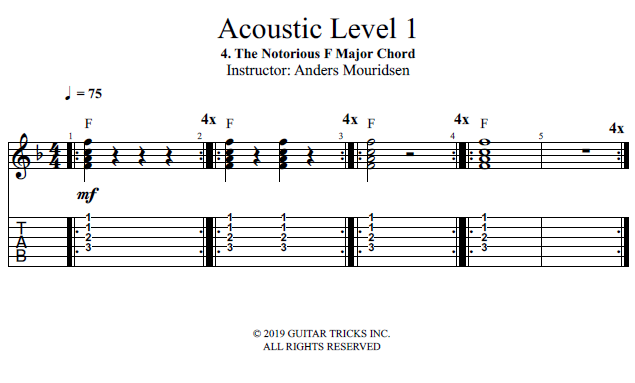