In this lesson we'll look at altering the natural minor scale in order to create a different sound, a new flavor that's called harmonic minor. The only note we'll change is the 7th scale degree from a minor 7th to a major 7th. This has wide ranging consequences.

Historically, this was done in order to achieve a leading tone in the scale, so the V chord would have a major 3rd. So, it was done to create a harmonic functional motion. That's the origin of the name "harmonic minor". Simply changing this one scale note also affects any other chord that the 7th is also use on. As well as each mode of the scale. 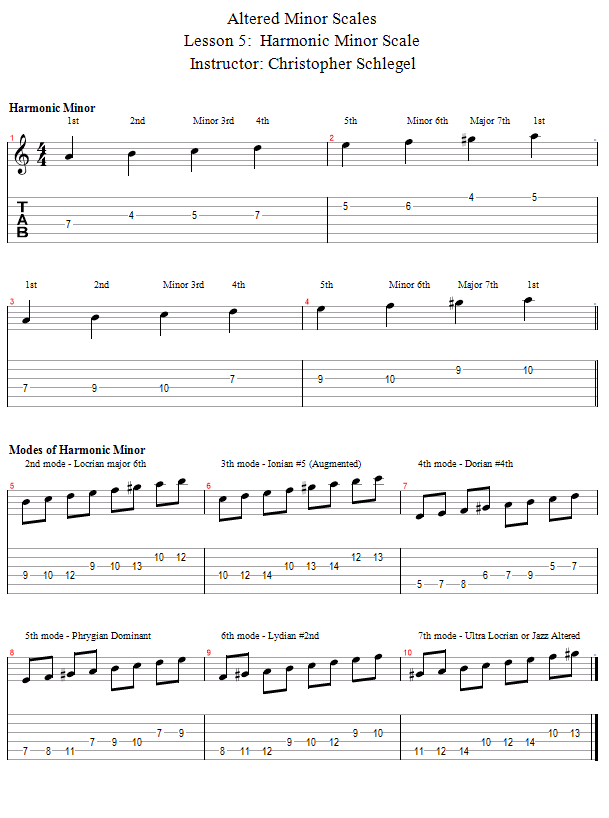