The song opens with a vocal count off and unison hits from the whole band with the guitar playing a G chord. The â€˜Gâ€™ chord unison hits are revisited just before the sax solo and at the end of the song as well. This is followed by a â€˜I-IV-Vâ€™ 12-bar blues progression in G using G, C, and D chords. This 12-bar progression is revisited later in the song under the sax solo, but with a â€˜Dâ€™ chord on the last bar instead.

After the unison hits the band plays a standard 12-bar progression in G with G, C, and D chords, the â€˜I-IV-Vâ€™ chords, which is revisited under the sax solo later in the song and show â€˜Dâ€™ chord on final bar instead of staying on â€˜Gâ€™. Use quarter note down strums along with the band. 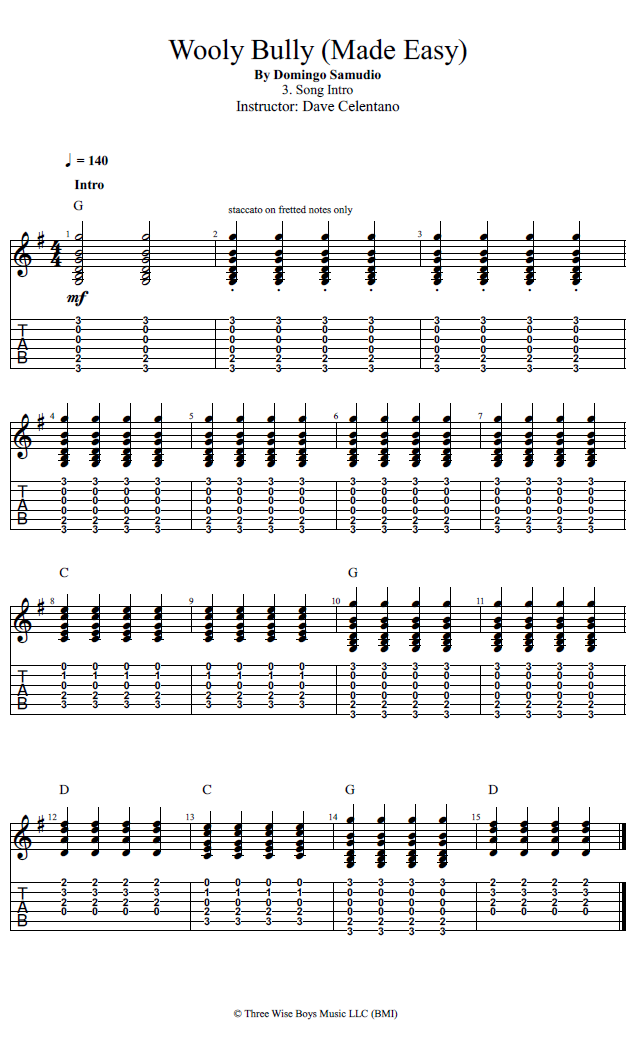 Are you an advanced player?
Click here for our Full version of Wooly Bully