The prechorus features a new chord progression that contains an augmented chord for color and contrast. Use the same strum approach as the verse, but with this cool progression which adds a G augmented chord giving some nice contrast and color. A chord choice like this is typical of Roy Orbison and The Beatles songwriting and sounds right at home in this case.
Open In New Window 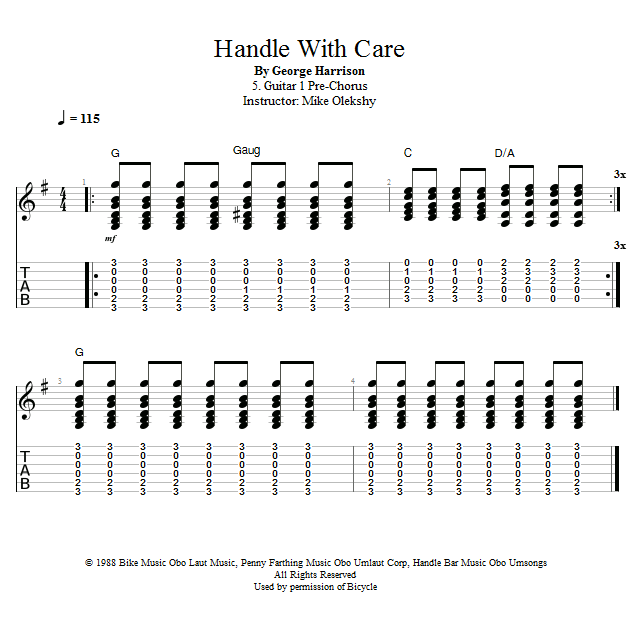