First we are going to learn the intro to our song, which is a really cool chord progression that's nice and simple. You will hear this part throughout the rest of the track as well, following each chorus as well as at the end of our song for an extended outro.

Our intro is four bars long, and is the following two bar chord progression played twice:

The rhythm emphasizes certain subdivisions, while playing a busier rhythm with your right hand. You want make sure first to emphasize the downbeat and "a" of 1, the upbeat of 2, and the downbeat of 4. It sounds more complicated than it actually is.

Once you have the syncopation in your ear and you know it, then start strumming along with your right hand throughout to get the nice movement we get when combining the chords and rhythm.

This part is played many times throughout the song, including the intro, after each chorus, as well as in a vamp to end the song as an outro. 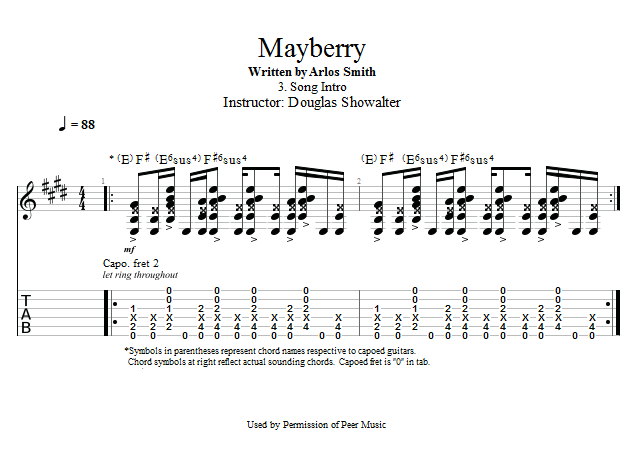