We have five verses in "Colours," all playing the same guitar part following the vocal melody and bringing in our other two chords. We will play the verse the same way the first four times. The last verse we will look at later in our tutorial as we do have a variation in how it ends.

- "Let's hear our first verse up to speed. Remember it's played the same way for the first four verses."

Playing our main strumming motif, the first two measure will be on E playing the melody as the vocals. After that, we play our A chord and B chord barring across all six strings with our E playing the "A" extension for the next six measures.

For the last two measures, we then switch to a melody that starts on beat three of the ninth measure that ends of each of our first four verses in the same way. Each of these verses are played the same way, with the last and final, fifth verse having an alternate ending that we will look at later in our tutorial. 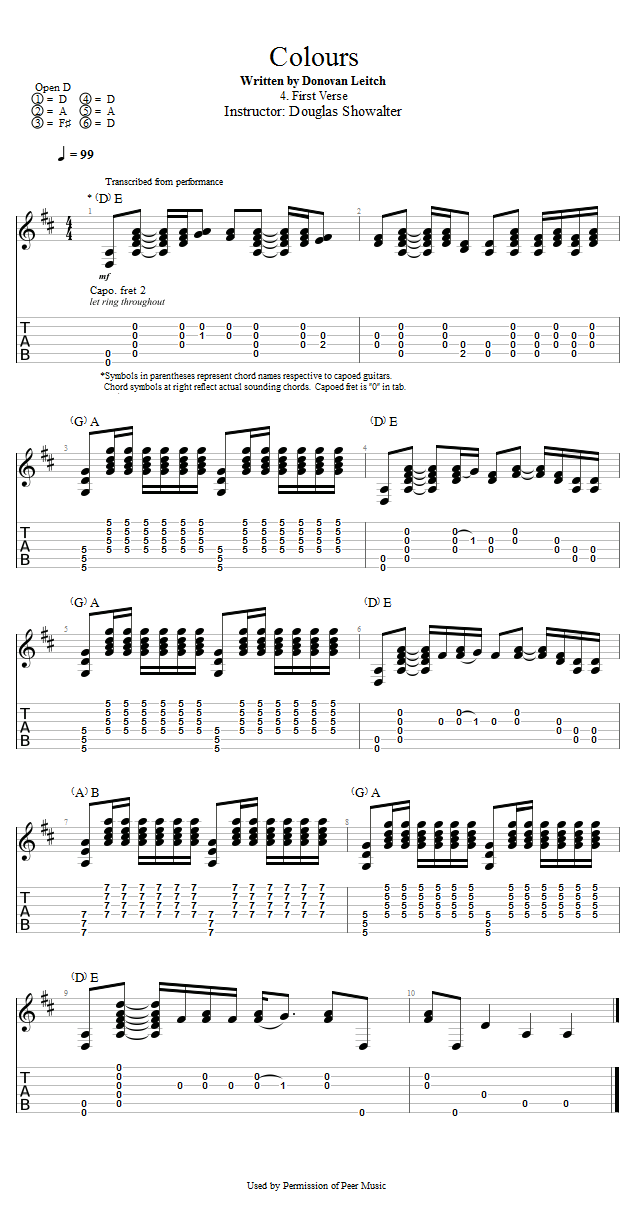