Get to Know the Minor Scale

It's a bit of tricky forensics, but let's see if we can figure out the relationship between the E Minor scale, and its corresponding 'relative' Major scale.

Remember, both scales (the major, and its relative minor), will share the same notes as regards sharps and/or flats.

That gives you your relative minor scale. 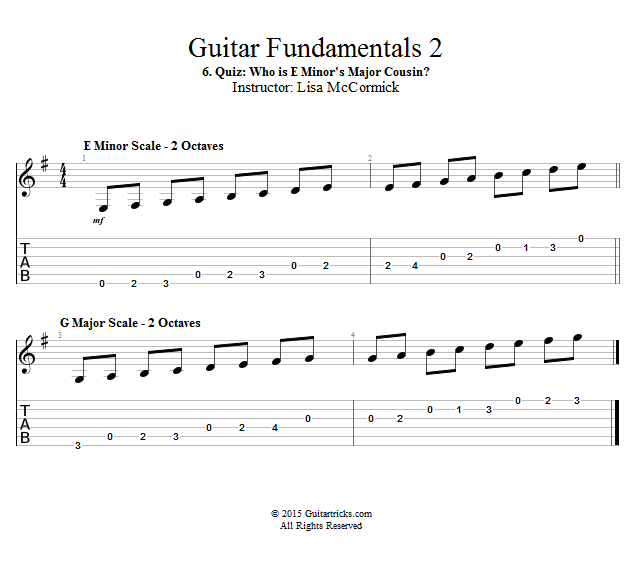