Let's Try the Recipe, with a D Chord

Letâ€™s see if we can apply the same concept to the D major chord.

Uh-oh, we canâ€™t play all three of these notes at once, in that order, in this chord form, like we could with the C and the G chords.

The triad tells us what ingredients we need, but remember, the order in which the ingredients appear does not matter at this point.

Just so long as they all make an appearance. So, we need Dâ€™s, F#â€™s, and Aâ€™s, to prove that this is indeed a fully qualified D Major chord.

Bingo! We got it! All the notes come from the major triad, even though they canâ€™t necessarily be played in that order.
Open In New Window 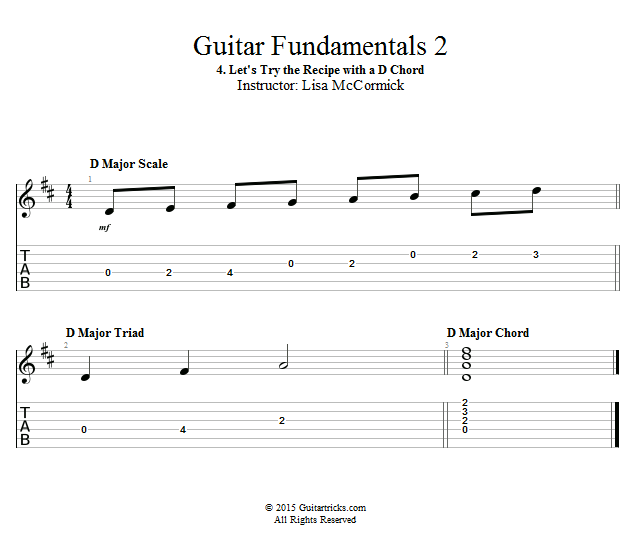